Solo cycling tour from Leeds to Berlin (1173km) for charity 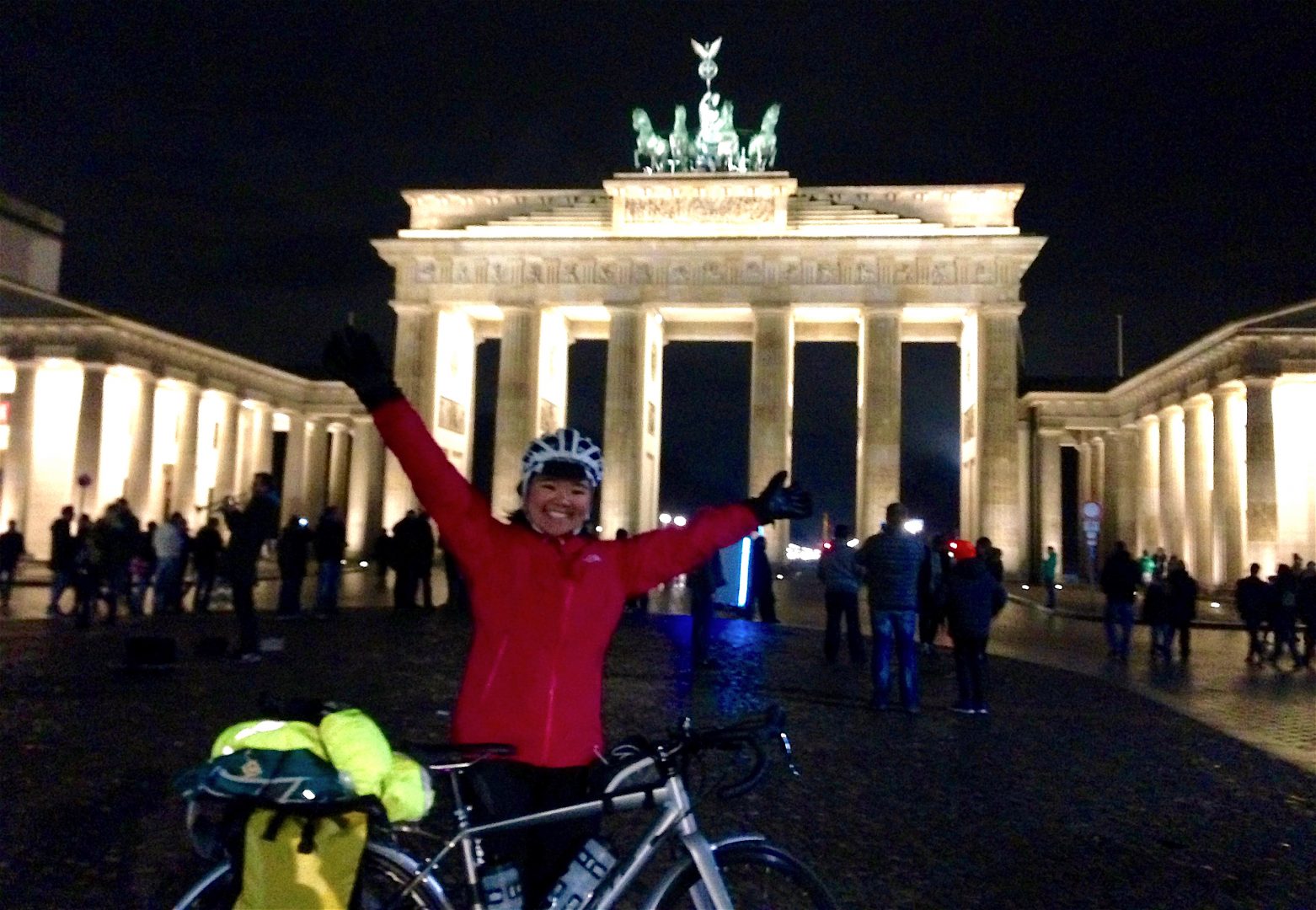 Solo cycling tour from Leeds to Berlin (1173km) for charity

Cycling tour from Leeds to Berlin: It feels a little weird to write a post about myself. But at the same time it’s nice to look back at this crazy adventure I went on about 2 years back.

During my University’s Easter break back in March 2016, I embarked on a solo journey from Leeds, UK where I studied to Berlin, Germany. I covered 1000km in 8 days, bunked in random kind stranger’s houses, rode through the cold and wet, but all in all an epic adventure.

Leg pain, back pain, butt pain. Riding several hours for 8 consecutive days was tough. Prior to the trip, I had to teach myself basic bike maintenance, plan my routes, as well as packing the right gear and clothing.

Why did I do this? Why Berlin?

I was supposed to join a group of 40 others under a fundraising club in Uni. However, I was unable to make it and so decided to complete it by myself.

I chose to fundraise for Candlelighter’s, a children’s charity in Leeds in memory of a friend who passed away from brain cancer. He has inspired me to treasure every day and live life to the fullest.

What bike did I use?

Her name is Ennerdale (who names your bike too? ) She is a Cyclocross bike- a Whyte Devon 2015 with 28mm tyres, aluminium frame and disc brakes.

Also, I installed mudguards which are essential for a comfy anti-soggy bottom ride. There wasn’t a need for me to get a hardy touring bike with wider wheels as Netherlands and Germany had nice and smooth paths for me to ride on.

There were eyelets on the frame where I could attach a pannier rack to. The rack that I was using, though old and rusty, saved my shoulders from tremendous pain. It was a gift from one of my Warmshowers host when I stopped in Hanover.

Cycling in Europe was a breeze. Even though the weather was gloomy, the impressive cycling infrastructure (cycle tracks that were separated from the main road, few potholes etc) and friendly motorists made cycling really enjoyable.

During the journey I had both high and low moments. There were times where I felt like I was as free as a bird, enjoying the breeze and lovely views of the countryside. But there were also times where I felt completely lost and alone. It also started raining during the 2nd half of my trip; I arrived into Berlin’s Brandenburg gate at night, wet and shivering. It was 5℃.

To be honest, what kept me going were words of encouragement from my friends who are supporting me back in Leeds and at home in Singapore.

I funded my own trip, 100% of the money donated went to the charity. In fact, I didn’t have to spend much since accommodation was free. My money was only spent on food and transport.

Where did you stay?

I stayed with hosts from warmshowers.org a.k.a couchsurfing specifically for touring cyclists. People who are willing to host touring cyclists sign up and provide their contact information, and may occasionally have someone stay with them and share great stories and a drink. All for free!

Just when you think that I’m crazy to cycle to Berlin, the warmshowers hosts that I have met have spent 4 weeks cycling in Turkey, 1 year in South America, 1.5 years in China and South East Asia after hitchhiking from Hannover! One guy cycled from the Netherlands to Switzerland just to attend a conference meeting, and one couple would be cycling from Germany to France in September to attend a friend’s wedding!

My most memorable stay was with Tini and Anja from Hanover on Day 4. They repair donated bicycles in their bike workshop and give them for free to the Syrian refugees living in an emergency centre beside their flat.

I made use of Strava’s 7-day free premium trial back then. I plotted the routes on my laptop and synced them into my phone. I placed in a saddle bag attached to the top tube and that’s how I navigated.

I also bought a local SIM card for GPS signal. Downloading Google offline maps was a backup plan for me in case Strava didn’t work. Having a portable charger is important as battery runs out fast in cold weather conditions.

How I made it back to Leeds: Heavy bike box and flight back

I cycled to a nearby bike shop and asked for a bike box. Thankfully, they were kind enough to give it to me for free, but it was a little too big. Imagine seeing a little girl lugging an oversized bike box bigger than her own body… I received many stares in return and a guy laughed at me too.

Tip: Remember to deflate your tyres before checking in your bike at the airport. The bike box is considered a check-in luggage as well.

3 lessons I’ve learnt from this experience:

1. “It is good to have an end to journey towards, but it is the journey that matters, in the end” -Ernest Hemingway
2. If you want to do something, set your mind to it and make it happen. Take calculated risks. Let fear and excitement be your motivation.
3. Never underestimate your ability to achieve what you think you can’t.
Another cycling tour soon? Yes! But preferably with someone else.