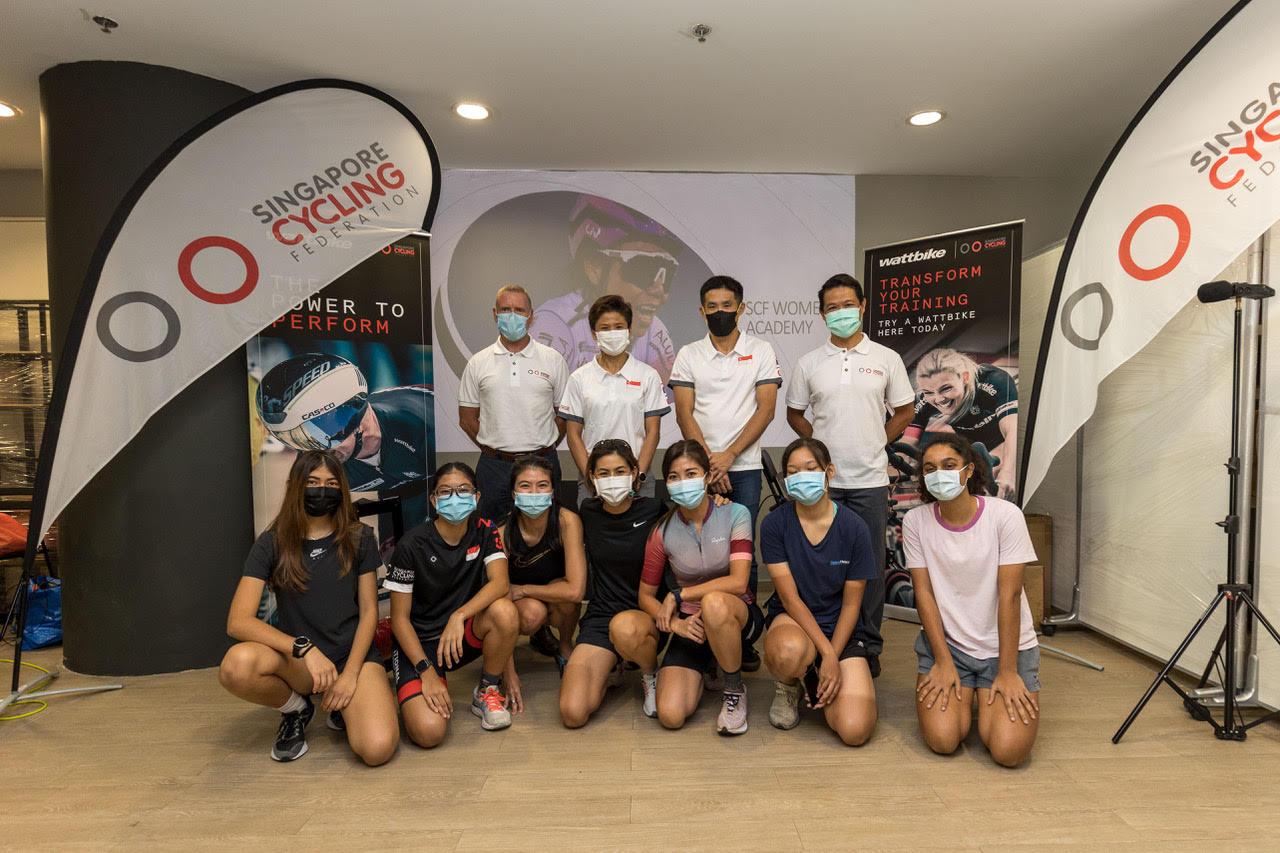 The Singapore Cycling Federation (SCF) announced the launch of its Women’s Cycling Academy as a platform to nurture and develop female riding talent in Singapore. 7 female cyclists have been selected to be in the pioneer batch of the academy. Their ages range from 14 to 38.

Different cycling disciplines were represented – ranging from road, track, mountain bike and BMX. In terms of team organisation, selected riders from the Women’s Cycling Academy will compete as part of Team Singapore Cycling at regional and international competitions. Back in Singapore, these riders will race for their affiliated clubs for the national championship races and other local races.

The 4 aims of the SCF Women’s Academy are:

The women’s academy provides a great opportunity for female cyclists from local cycling clubs as well as those who are not attached to any particular group to hone their skills, tactics, techniques and to prepare them to be race-ready for local and regional competitions.

Valencia Tan, 17, has only picked up cycling a year ago during the Covid Pandemic. She is currently a student from Ngee Ann Polytechnic and will be specialising in the Track cycling discipline. When asked why she decided to join the SCF Women’s Academy, she said, “This women’s academy gives us a safe environment for us to cycle together. It also inspires and motivates each other to become stronger.”

Tisya Khanna, 17, a road cyclist, added that the academy provides a platform for athletes to “develop in a positive environment where everyone is supportive of each other.” Given that cycling is still a male-dominated sport, she feels that this would help to promote the sport and encourage more girls in Singapore to pick up cycling.

Origins of the Women’s Cycling Academy

While there has been a representation of female cyclists at the Major Games and regional competitions, the establishment of the Women’s Academy is now intended to also provide a pathway for them towards professional cycling in the UCI’s Women’s World Tour, with the most recent example being Chelsie Tan who signed a contract with a professional outfit, Team BikeExchange-Jayco, for 2022.

Tara Alayna, 14, is the youngest cyclist that has been selected to be in this academy. She rides BMX and hopes there will be more opportunities and facilities available in Singapore to train at. Due to the pandemic, she has been training in road and mountain biking instead. Her goal is to make it into the National Team.
Mr Adrian Ng, SCF’s Head Coach presenting the selection process and criteria for the ladies to be selected as part of the SCF Women’s Academy.

“In Singapore, there has been a noticeable increase in the numbers of female cyclists, especially during regular weekend rides. SCF recognises that there is an enormous potential for the development of female cyclists through a structured long-term programme. For a start, SCF’s High Performance Director, Shayne Bannan, would personally be conducting a series of skills sessions for women cyclists, especially for those preparing for the upcoming Sports Hub Sports Series #2: Festival of Cycling, which will take place on 27 March 2022,” said Dr Hing Siong Chen, President of the Singapore Cycling Federation (SCF).

To further enhance the profile and reach of the Women’s Academy, the SCF will be counting on its newly appointed Patron (of the Women’s Academy), Ms Poh Li San, Member of Parliament for Sembawang GRC – where she will perform a strategic role to actively encourage and advocate the promotion and development of women’s participation in cycling events in Singapore and lend her voice as a spokesperson for women’s cycling.

“I have always been an advocate of the immense benefits that can be derived from sports and an active lifestyle. I am happy to be able to contribute as much as possible towards the development of cycling both as a leisure and competitive activity. I would also like to encourage women across all age groups to try out the SCF programmes and pick up useful skills, tactics, techniques to not only ride competitively but also safely,” said Ms Poh.

We are encouraged to know that there is a platform available for female cyclists to upskill and develop themselves, as well as a supportive community to motivate one another and train together. All the best, ladies, for the training and racing ahead!