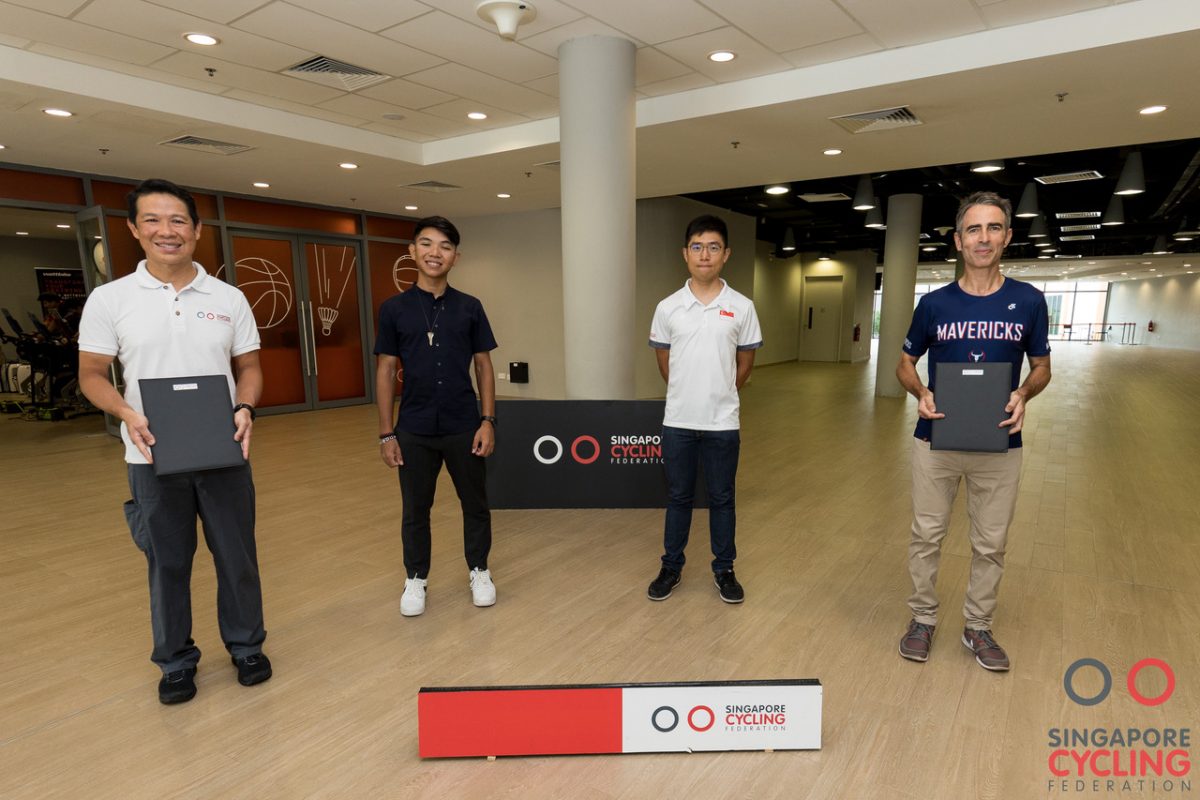 On Friday, 4th February, an MOU was signed to kick off the 3-year partnership with the Specialized Dynasty Mavericks to provide funding for the recently launched Singapore Cycling Federation (SCF) scholarship program to assist young cyclists from Singapore to develop into world-class talents, and propel competitive cycling in Singapore to the next level.

In December 2021, Australia Cycling Academy (ACA), a not-for-profit cycling development program formed by former Australian professional cyclists Ben Kersten and Matt Wilson, announced the signing of Singapore national cyclists Darren Lim, 24 & Arfan Faisal, 21, as part of the SCF scholarship program. Darren Lim & Arfan Faisal will join the ACA UCI Continental Team – @aca_cycling for development in the Australian eco-system and depart for Australia on 7th February 2022. Together with Specialized Dynasty Mavericks, Singapore Cycling Federation and SportsSG will be sponsoring them for their training stint in Australia, with the support of the Australia Cycling Academy (ACA).

Darren and Arfan will be the first two riders to join the ACA UCI Continental Team called ARA – Pro Racing Sunshine Coast (PRSC) for development in the Australian eco-system and will depart for Australia on 7 February 2022 to embark on their sports scholarship journey. Both riders also recently represented Singapore in the Asian qualifier for the 2022 UCI Cycling Esports World Championships.

Click here for more info on the SCF-ACA agreement: https://sportsincycling.com/blog/singapore-cycling-federation-and-australian-cycling-academy-sign-memorandum-of-understanding/

They will be anticipating a structured training tailored for each of them by the Australian professional coach. They will be racing almost every week to build their racing skills and confidence. One of the main races they will be training towards is the Tour of Thailand coming up in 2 months’ time.

For Arfan, this opportunity to train in Australia is a dream come true. He expressed his excitement and said, “I have been riding for a long time and always held on to the hope that I can pursue a career in cycling. This is why I am very thankful for this opportunity that is given to me because it has helped me to solidify my dream.”

He explained further, “I wanted to explore my horizons in riding before I applied for University in Singapore. Australia has been a country where I have considered, but due to finances, I was unable to. So when they offered me this opportunity, no questions asked, I was 100% in for it.”

He hopes to qualify for the SEA Games and be able to establish himself in Australia. Above all, he is very thankful for the overwhelming support that he has received from his family thus far to pursue his dream overseas.

Meanwhile, Darren is taking a break from studying at Nanyang Technological University (NTU) as a Sports Science Major to train in Australia. When asked what made him take this leap of faith, he explained, “This is one of the rarest opportunities that any cyclist in Singapore can have because not many have this opportunity to train and cycle overseas. I feel extremely lucky to be able to train competitively.”

Darren added, “from the YouTube videos that I have been watching, I am inspired by how the Australian cyclists train and race, and I want to hit their standard.” While training in Australia, he hopes to be able to build his confidence in riding and represent Singapore for future SEA Games and Asian Games.

“The partnership with Mavericks is one of many initiatives that we are developing to improve our pathways. We are very excited and thankful to Ben and the Sponsors of the Mavericks Team for supporting local talent,” explained Dr Hing Siong Chen, President of SCF.

Club president of Specialized Dynasty Mavericks, Ben Arnott, remarked: “With the support of our key sponsors, Specialized Bicycles, Dynasty Gaming & Media, and Logos Property, we’re delighted to provide financial assistance to the young Singapore-based riders who’ve been selected for the program. The new deal with SCF will move things on another step and provide a clear pathway for the next generation of riders”.

Both Darren and Arfan hope that their journey and commitment towards cycling will inspire and motivate younger riders to consider taking their passion seriously.

Darren shared, “You have to ask yourself why. If you have a very strong “why” and a reason not to give up, you will always be able to overcome any obstacles that come in your way.”

Besides finding the “why”, Arfan also mentioned that one needs to enjoy the process of training as well. He shared that “you need to find the fun because what’s the point of training when you are just suffering and not enjoying the process. Enjoy the defeats as much as the victories so that you can improve and become better.”

We wish both Darren and Arfan all the very best as they train and fly the Singapore flag high in Australia. Stay safe and Bon Voyage!