Distance Reveals The Strength And Tenacity Of An Audax Randonneur 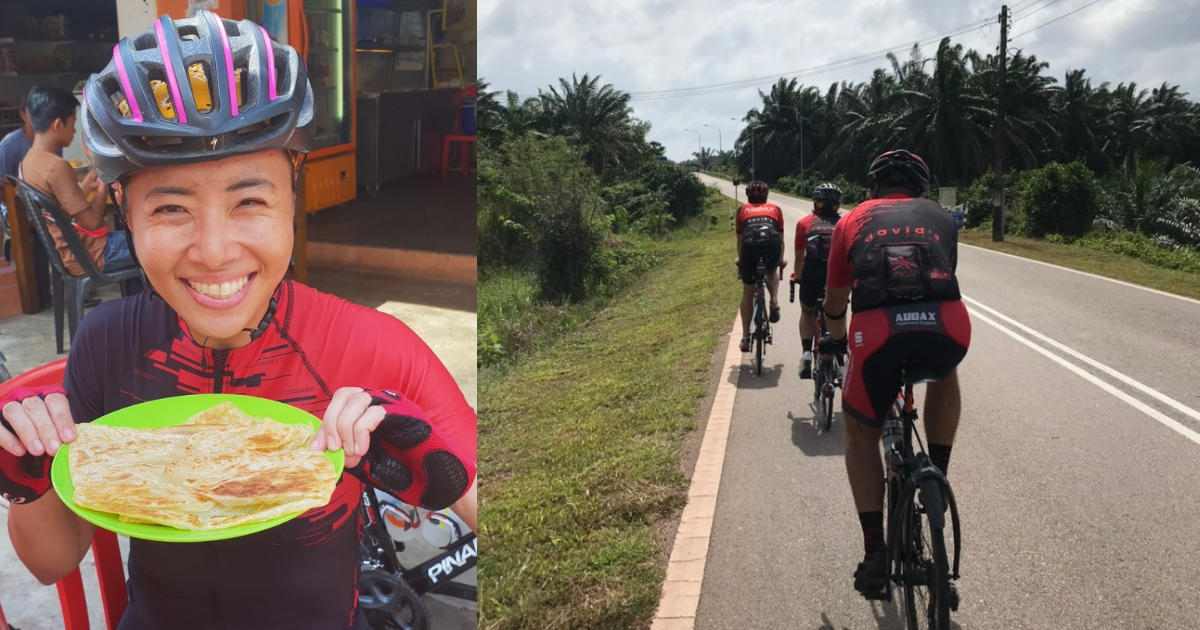 Distance Reveals The Strength And Tenacity Of An Audax Randonneur

Written by Carmela Pearson, the first woman in South East Asia to complete the Paris-Brest-Paris, a brevet 1,230km long where one has to complete the distance under 90 hours.

Audax is an unconventional cycling event. Nowadays, when you say cycling event, people think of racing. However, Audax is not a race; it is more like a cycling adventure or challenge that treats all finishers the same. There is no ranking (but course records are recognised) and special treatment to those who are fast.

Audax Singapore, run by Jeff Paine, offers the following distances throughout the year: 200km, 300km, 400km and 600km. One has to complete all four distances within a year to qualify for Paris-Brest-Paris (PBP). 2019 is a PBP year, and I am hoping to nail my 3rd one this year.

Why I participate in Audax

This is the reason why I was attracted to the concept of Audax – long-distance cycling. While Audax is not a race, the demands of finishing the distance cannot be underestimated. I have been doing Audax rides here and all over the world since 2009.
The main motivation behind Audax was to qualify for Paris-Brest-Paris (PBP) which only happens every four years in France.
This cycling event has been around since 1891 and there is just so much history surrounding it. For example, Maurice Garin, the French cyclist who won PBP (when it was still a race) in 1901 also became the first winner of The Tour de France in 1903.

“I love the adventure factor of these rides. No matter how many times I do these rides, every ride is never the same.”

What’s in my bag?

Audax boasts of self-sufficiency. While the 600km Audax in Singapore had a vehicle to support roughly 50 registered cyclists last January, Audax encourages us to be self-reliant and manage our ride accordingly, including navigation.
I rode the 600km with my husband and two other very experienced Audax riders. We had our cycling computers for GPS navigation, lights, power banks, spare tubes, tools, our preferred nutrition, cash, passport (as we had to cross borders), change of cycling kit and a mobile phone for emergency purposes.

One of the main issues we had to overcome was cycling while sleep-deprived. When I did Paris Brest Paris in 2015, I only slept for a total of 3.5 hours (collective time from naps) in 4 days and finishing 1,230km with more than 11,000 meters of climbing.

The 600km Audax organised by Audax Singapore on 19 January 2019 started at midnight. I’m a big believer of Sleep Banking. Days leading up to a big brevet, I sleep a lot. I try to sleep at least 10 hours a day, and I use melatonin gummies to knock me out. I always tell people to check with their doctors and get the all-clear to do this.

Another challenge is general soreness and aches. In the 600km Audax, I was on the bike pedalling continually for more than 20 hours. You can imagine the pain and aches one gets after doing that.

In Paris Brest Paris 2011, I had numbness of the fingers and the toes that lasted for more than two months. In 2015, I didn’t have any numbness, but I did experience a mild kind of Schermer’s Neck (losing the power of your neck to lift your head.

This condition was first discovered in Race Across America – the toughest bicycle race in the world and which I had the pleasure of joining 2 years ago as part of the 1st team from Southeast Asia to do this race.

I’ve come to appreciate and do a lot of functional training and yoga outside Cycling. I can not emphasise the importance of core strength and mobility.

#3. Navigating in the Dark

In today’s day and age, gadgets and technology play a significant role in Randonneurs (the style of cycling that audax imbibes). Since we were not familiar with the roads Malaysia, we downloaded a gpx file to our cycling computers to ensure that we follow the prescribed route by the organisers.

We also had to have good lights that will last at least 7 hours, since we started at midnight.

My husband and my friends used power banks to ensure their gadgets would last long. As for myself, I had a dynamo hub that worked like a charm! I never had to bother with charging lights which is one less thing to worry about in these rides.

When doing long distances like the Audax, it is imperative to avoid any gastric issues. My group of four has learned to keep eating more natural food and sports nutrition products that are soy-free, gluten-free, free from artificial flavouring, and has subtle flavouring.

I’ve always been adventurous, and I love the fact that you don’t need to be just fast to finish these rides. Even if you’re a slow rider but if you cycle smartly and conservatively, you can complete the distance.

I also love the atmosphere during these rides. Since it is non-competitive, the majority of the participants are very friendly and are willing to lend a helping hand. The Audax community is very inclusive; it is open to all cyclists, be it professionals, amateurs, weekend riders, or newbies, with any type of bicycles: road bikes, TT bikes, mountain bikes, recumbents, folding bikes, or even elliptigos.

I feel that Audax embodies the belief that cycling is truly for everybody who wants to be taken seriously regardless of background or type of machine used. I want to break that barrier of exclusivity in different cycling groups, as this is something that I see often in my home country, Philippines.

We all love cycling, and I believe that the Audax has been a great unifying and equalising factor in the huge sport of cycling.

1. TRAIN. Nail your weekly long rides and be consistent.
2. BE READY FOR ANYTHING that can go wrong.
3. HEED THE ADVICE OF THOSE WHO HAVE DONE THESE RIDES BEFORE.
4. MENTAL TRAINING. I’ve done mental exercises to keep me sane! I was also the first woman in Southeast Asia to do an Everesting. Checkout everesting.cc.)
5. YOGA, STRENGTH and Functional Training

Finally, my hope is that more cyclists (and women!) get into this wonderful sport of Audax riding. 🙂