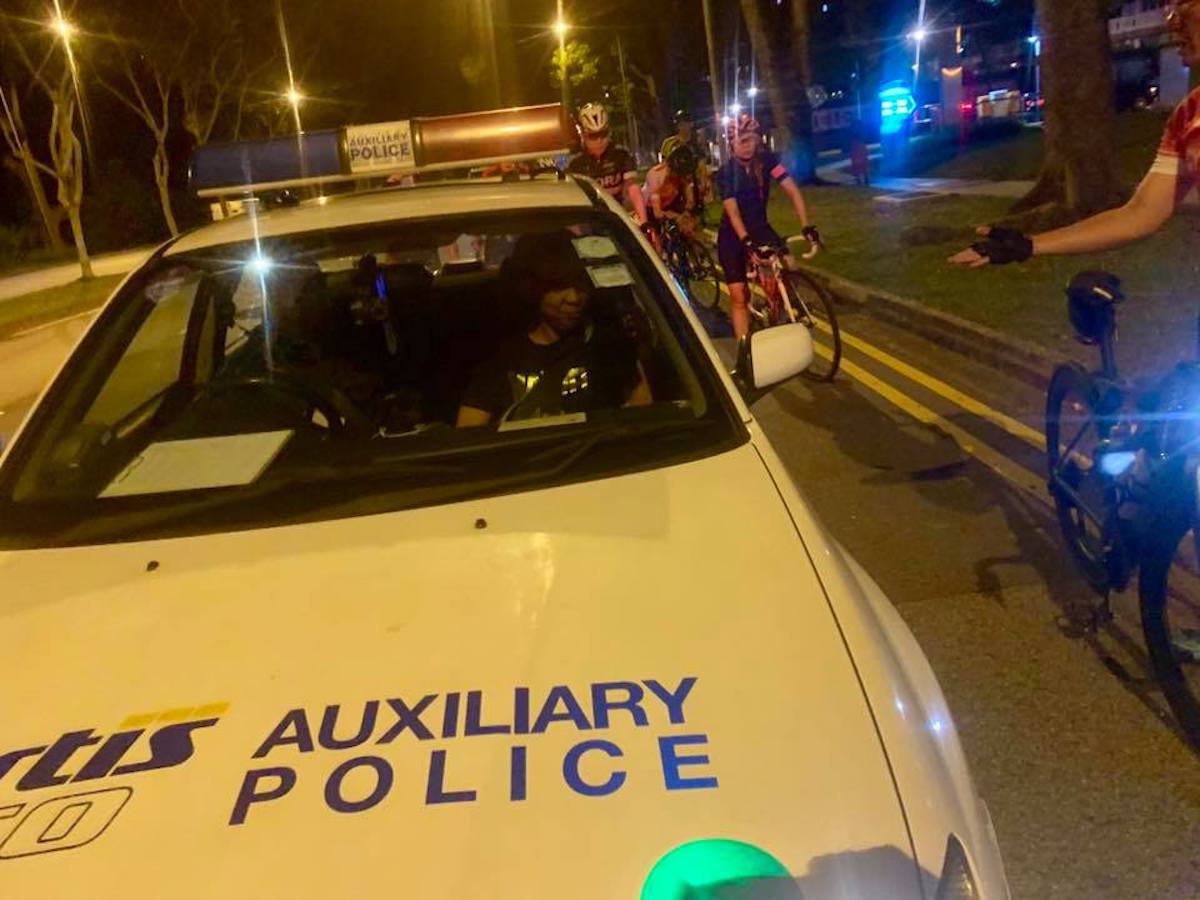 Images and videos of a row between a group of cyclists and an Auxiliary Police from Certis Cisco have sparked a fierce debate online, just 12 hours after the Facebook post went public.

According to Joseph Lee’s Facebook post, a group of cyclists claimed to be bullied by an oncoming Auxiliary police driver who kept veering to the left while they were cycling 2 abreast.  The incident happened along Yishun Ave 1 towards Yishun Dam at 10.30pm on Wednesday (31 Oct) night.

The post stated that the cyclists were riding two abreast on a three lane road and were “forced” to the side of the road when the Officer approached them very closely from behind, sounding the car’s siren repeatedly at them.

The post also mentioned that the officer seemed clueless about the rules (it is legal to cycle two abreast on the left side of the road). He had insisted that he forced the cyclists to the side of the road “for their own safety”.

The post has sparked a massive debate with over 300 comments; with remarks such as “cyclists do not pay road tax”, “cyclists should get out the roads”, and “cyclists are not allowed to cycle two abreast” seen repeatedly in the comments.

Cyclists and drivers both should know the correct road rules

Cyclists are allowed to cycle two abreast on the left lane unless during bus lane operational hours. Click here to know more about the traffic rules that all drivers should know when it comes to sharing the road.

According to the Road Traffic Act section 65, anyone who is found guilty of driving without due care and attention, or without reasonable consideration for other persons using the road shall be fined not exceeding $10,000 or jailed up to 6 months or both.

What to do when confronted by a driver

Your safety is of utmost importance. We recommend that if you face such a situation where you are confronted by a driver, slow down and let the driver pass to avoid further escalation. Then, record down details of the vehicle by taking pictures or footages and report it to the police.

There are still members of the public that still have negative thoughts on cycling on the road. Let us try to create a better cycling culture in Singapore and educate people on what are the right rules and regulations when it comes to cycling on the roads.

To understand the situation better, we have contacted Certis Cisco for more information. Refresh for updates.