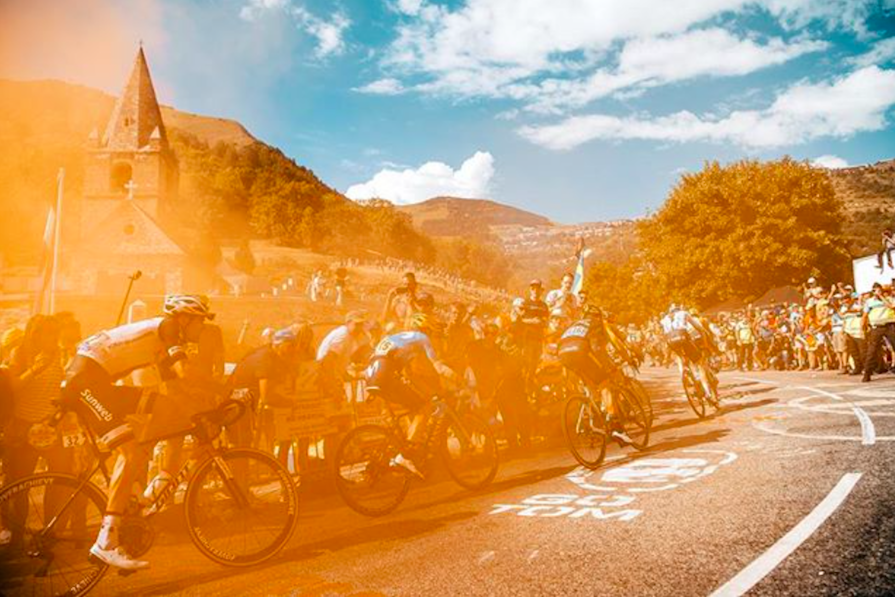 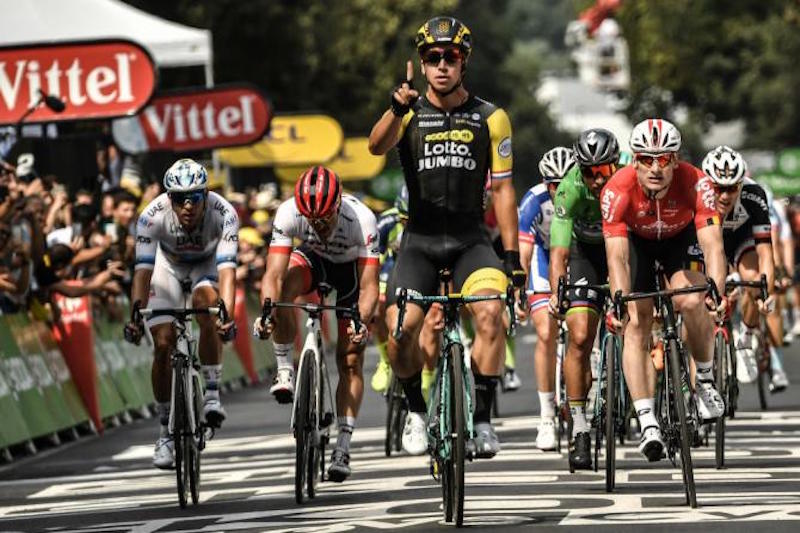 Dylan Groenewegen (LottoNL-Jumbo) made it two wins in two days in Amiens, out-sprinting André Greipel (Lotto-Soudal) and Fernando Gaviria (Quick Step Floors) – although the latter two would be relegated by officials after the stage.

John Degenkolb (Trek-Segafredo) won stage 9 in Roubaix and was hailed the ‘King of the Cobbles’. He outsprinted yellow jersey Greg Van Avermaet (BMC) and Yves Lampaert (Quick Step Floors) after a tough day over the cobbles of Paris-Roubaix.

Alaphilippe collapsed at the finish line, a mix of pain, exhaustion and tears of joy shifting across his face.

“There’s a lot of emotion, because winning at the Tour is not easy,” Alaphilippe said.

We witnessed 2 sprinters; Marcel Kittel from Katusha–Alpecin and Mark Cavendish from Team Dimension Data disqualified from the race after failing to meet the cut-off time in stage 11’s mountain stage.

Mark Cavendish only narrowly avoided elimination on stage 10 of the race as he crossed the finish line just 28 seconds inside the time limit, but no mercy was spared in the following stage. He finished an hour behind the winner of the stage, but at least he didn’t give up and completed the race.

Dutch Corner had barriers and security this year. It kept the fans slightly at bay, but no amount of barriers and police presence could stop them from turning corner 7 into planet orange for a minute. 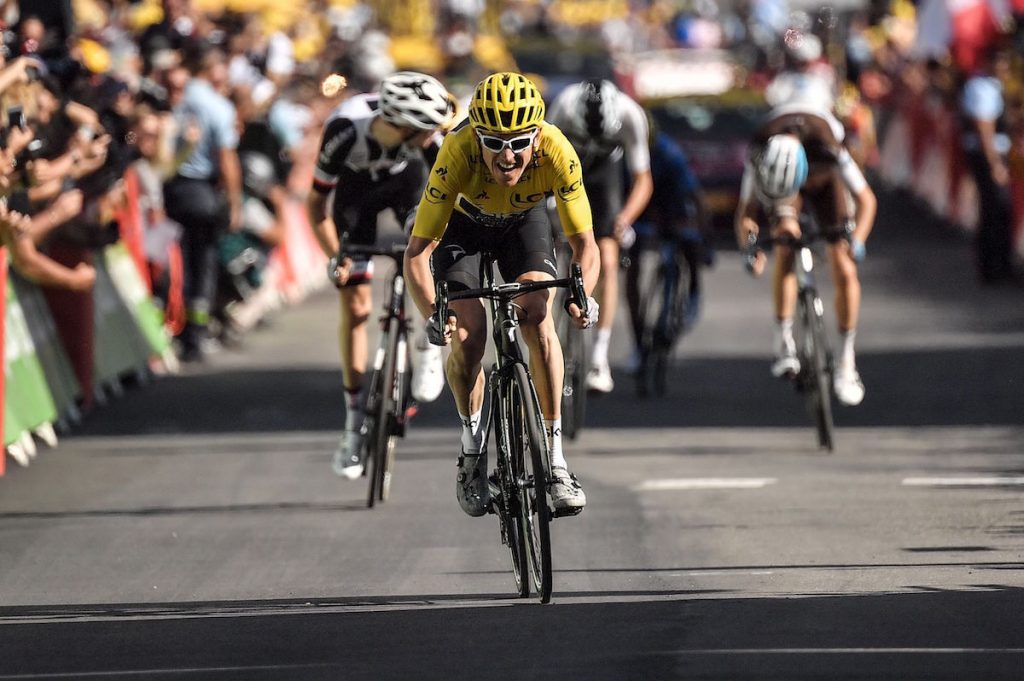 Geraint Thomas from Team Sky won both stages 11 and 12 consecutively, retaining the yellow jersey. The Welshman extended his overall lead over his Sky teammate Chris Froome to 1 min 39 secs.

Peter Sagan sprinted to a third stage win on this flat course. Sagan is one of the few real sprinters left in the race, after surviving an Alpine stage trilogy that killed the hopes of rivals Mark Cavendish, Marcel Kittel, Andre Greipel, and Dylan Groenewegen.

With many sprinters already out of the tour, it was no doubt a relatively easy win for him.

Who is leading the Tour?

Stages to look forward in the final week: