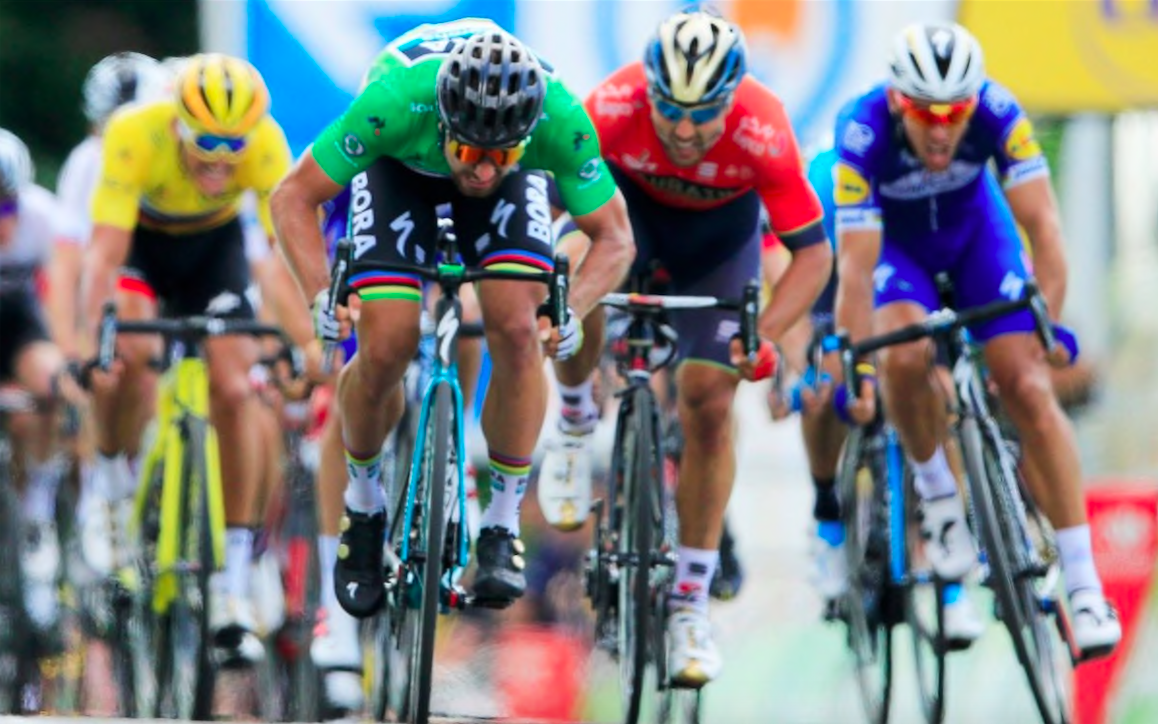 It has been a week full of crashes and sprint finishes. Here are the highlights of 2018 Tour De France stages 1 to 7.

This standard sprint stage had multiple crashes and mechanical incidents. Chris Froome was elbowed out of the peloton while accelerating. He crashed into a grass verge and narrowly missed a pole, which could have been fatal.

American Education First-Drapac rider Lawson Craddock suffered the most serious injury so far. The crash also happened in stage 1, where he crashed into a spectator when avoiding a dropped bidon at the feed station. He sustained a fracture on his left shoulder blade and several stitches above his left eye.

Despite his injuries, he is continuing with the tour, pledging to donate $100 for every stage he finishes to repair Hurricane Harvey-driven flood damage at Alkek Velodrome in Houston, where he started riding as a kid.

Colombia’s Fernando Gaviria from Quick-Step Floors sprinted to victory ahead of Peter Sagan.  This is his first win at TDF.

The 2nd stage was another flat course, again with just one category four climb on the route — the Côte de Pouzauges (1km at 3.9 per cent) just 28km into the 182.5km stage.

With just 2km away from the finish, there was another crash which took down yellow jersey Fernando Gaviria of Quick-Step Floors and Michael Matthews of Team Sunweb. Peter Sagan from Bora-Hansgrohe took the sprint win with the help of his Bora-Hansgrohe’s team leadout.

BMC Racing got right back in the game as they emerged as the fastest team to win the flat stage of the team time trial. BMC’s performance helped to push leader Richie Porte into a better position after the Australian lost time on the opening stage.

They edged ahead of Team Sky who was just 4 seconds behind.

A chain reaction of crashes started when a rider appeared to crash near the front of the group that saw several riders hit the deck hard. Rigoberto Uran (EF Education First-Drapac) and Ilnur Zakarin (Katusha-Alpecin) were among those that got stuck behind the crash, and a massive chase ensued.

In the final sprint, the german André Greipel started the sprint but faded away to a 3rd while Peter Sagan and Fernando Gaviria edged past him. In the end, it was the Columbian who took his 2nd win of the tour.

Greg Van Avermaet (BMC Racing) joined in the sprint and finished safely to keep hold of the yellow jersey for another day, while Peter Sagan (Bora-Hansgrohe) kept the green jersey.

Stage 5 is a fairly long stand hilly stage, and once again Peter Sagan (Bora-Hansgrohe) took the win for stage 5. He credited his win to his teammates who brought him to a good position for the final climb.

Only 38 riders made it to the finish in the front group, with most of the pure sprinters burnt off through the afternoon thanks to the pace-making of Bora-Hansgrohe and BMC, and later Team Sky.

In the overall standings, Van Avermaet extended his lead over teammate Tejay van Garderen to two seconds after picking up second place behind Alaphilippe at the uphill bonus sprint with 12km remaining.

Dan Martin, 31, from Team UAE sprinted first at an exciting stage 6. He made a brave breakaway 1km from the finish line. He said, “Today I just attacked as hard as I could. It makes this Tour de France a success for us already, and anything else is a bonus.”

Unfortunately, Tom Domoulin from Team Sunweb suffered a mechanical failure with only 5km of the race remaining, dropping 40 seconds on the leaders.

This is the longest stage of the tour. Dylan Groenewegen (LottoNL-Jumbo) outsprinted Fernando Gaviria and won stage seven of the Tour de France, dominating a bunch sprint after almost six hours in the saddle.

What’s coming up in Week 2 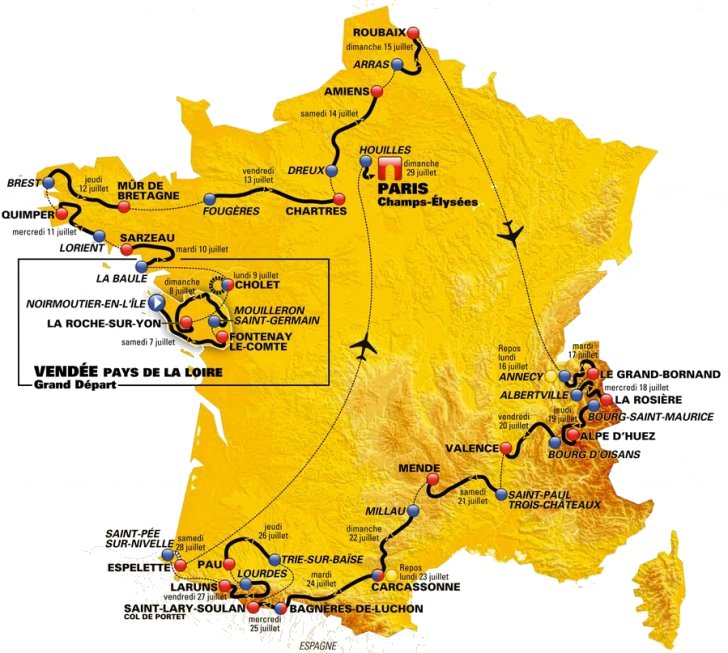