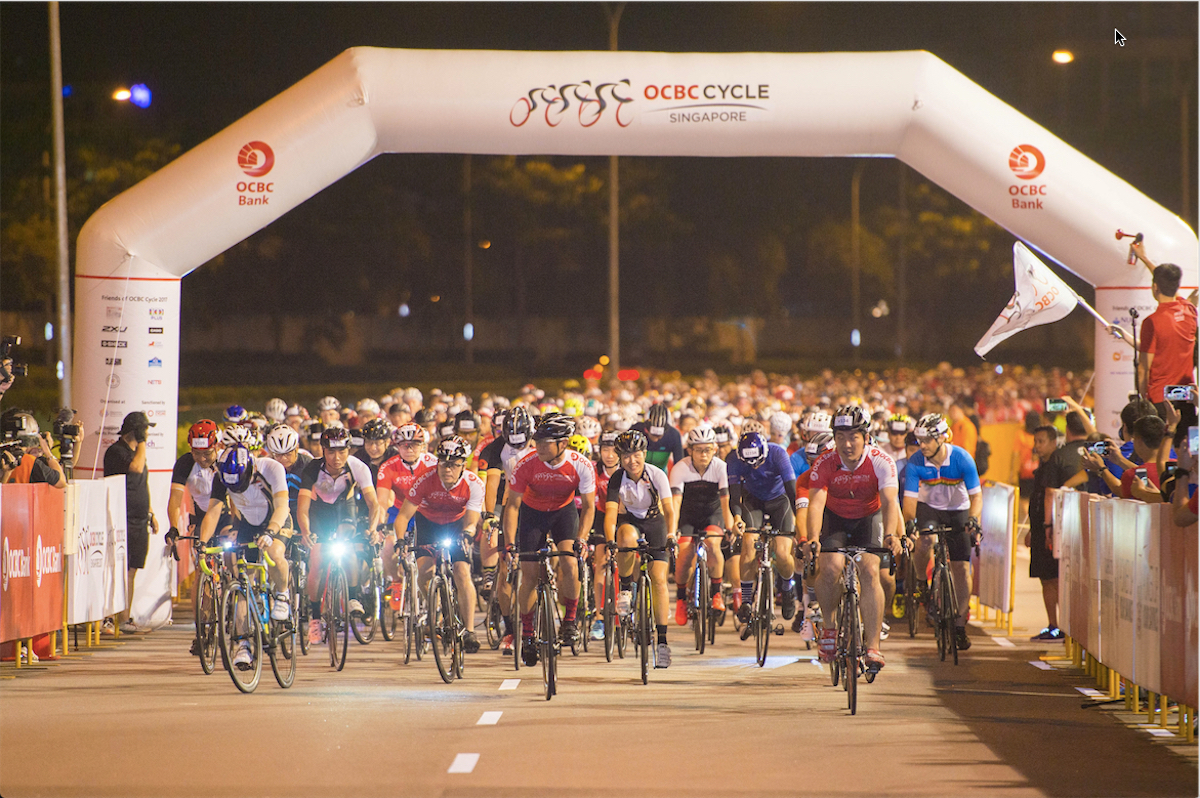 In what was the most shocking result of the morning, up-and-coming cycling nation Philippines pipped two-time defending champions Malaysia to the Southeast Asia (SEA) Championship crown.

Held at the Singapore Sports Hub, the final saw Philippines end Malaysia’s dominance at the event with an ingenious stroke of tactical nous.

Singapore National Cycling Team manager, Zul Awab said: “This event is sort of a stepping stone for the national and regional team to go even further – to showcase what they are capable of and at the same time able to rope in more participants and sponsors for future events.”

Philippines’ captain George Luis Oconer, pulled away with Muhammad Fauzan Bin Ahmad Lutfi of Malaysia to form an unassailable lead at the front of the pack, leaving their respective teammates Ronald Nozuelo Oranza and Sofian Nabil Omar bin Mohd Bakri to stay behind with the chasing pack to set up a do-or-die sprint finish on the last straight.

As the riders made the last turn, Oranza made the gamble pay off as he turned on the jets and outpaced the group to clinch the victory for the Philippines.

TWC Racing comes out tops among 15 clubs on maiden appearance

Following the trend of previous editions, the OCBC Cycle Speedway Club Championship title changed hands once again, as the young upstarts from TWC Racing took home the top prize with an impressive time of 17 minutes and 53.2 seconds.

Formed only in January this year, the young team, with an average age of 22 years, surprised many with their cycling prowess as they overcame a stacked field of 15 teams.

More than 6,500 participants rode in Singapore’s largest cycling event over the weekend

This year’s OCBC Cycle attracted over 6,500 who enjoyed a range of two-wheeled activities over two action-packed days at the Singapore Sports Hub.

Into its third year, the OCBC Cycle offered a mix of both competitive races and non-competitive mass rides, which proved to be a major draw for both professional riders and cycling enthusiasts from Singapore and around the region.

Superheroes-themed ride a hit with the masses

The mass participation categories held early on Sunday morning saw over 2,600 riders suit up in their best costumes to take part in the sold-out superhero-themed Straits Times Ride.

Spanning a distance of 23 kilometres, some cyclists came as their favourite superheroes such as Spiderman, Superman, and Batman, as they cycled along the picturesque route that took in the sights of Singapore’s Marina Bay Area, Central Business District and East Coast Park.

Giving back to the community

As part of the The Business Times Cycle of Hope Corporate Bike Ride, the event’s corporate social responsibility (CSR) initiative, close to 1400 participants from 44 companies took part in either The Straits Times Ride or The Sportive Ride to raise funds for this year’s beneficiaries, with over half of their registration fees being donated.

With its aim to promote a healthy and active lifestyle among Singaporeans through cycling, OCBC Cycle also conducts its annual Project Training Wheels Programme, where its participants were coached to gain a level of cycling proficiency that enables them to take part in one of the mass cycling categories.