What it takes to be fixed on ‘fixed’ 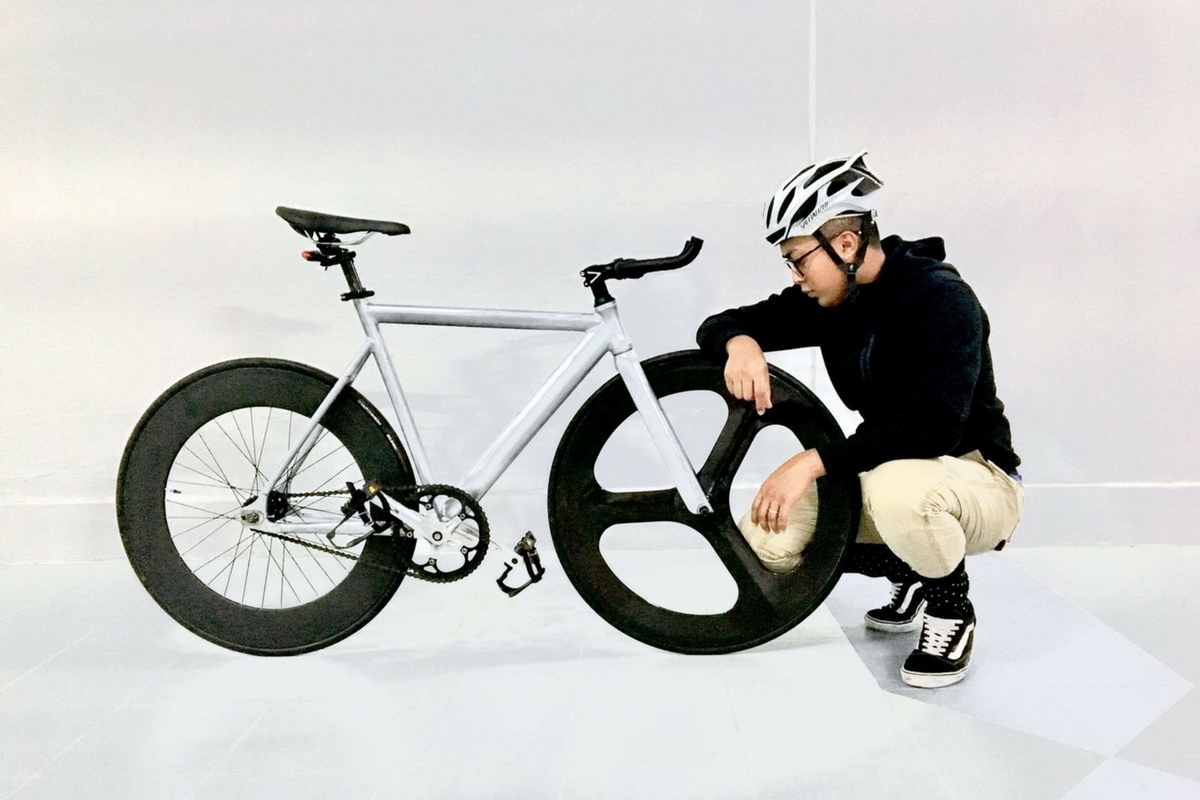 What it takes to be fixed on ‘fixed’

‘Fixed gear’ is not a fad

Magnetised with the physical prowess of handling fixed gear bikes, 24-year-old Badrun Salleh developed a passion for a sport that has granted him skills that’ll last a lifetime.

His obsession started back in 2011 when he fell in love with the simplicity and geometry of fixed gear bikes. He saw the community grow around the world and intrinsically got fixated with the culture.

Impressed with the technique of ‘skidding’ through the stop signs with immense skill and confidence, he decided to try it out himself – he went brakeless and took two months to get used to riding fixed.

“When you ride brakeless, there’s always a risk. And you don’t ride slow; you can’t cruise because it’s fixed. Your legs go fast till you want to give up.

“The freedom you feel, it’s a sense of relief. It can’t be compared. Different bikes have different thrills and skill sets that comes with it, but fixed gear is quite practical when you know how to utilise it and maneuver your way through safely. When you have a fixie, it’s yours and yours only, it’s not like others,” he said.

“It’s always a dilemma when it comes to paint jobs. You tend to get so many compliments about your paintwork, but somehow deep down, you’ll still feel the need to up your bling factor on your ride. To start with, it takes lots of persistence to remove the paint from the frame. Then there’s sanding it.

“A smooth surface is more important than a rare, nice colour. It might take days to sand the angles and corners of the frame correctly.

“Then begins the spraying. Picking a colour is also one of the toughest parts because since you don’t wanna be mainstream, so you go around looking for rare colours.”

The infamous question. Passing uncles and aunties would go, “How you stop ah?”. And most would explain the common term of ‘skidding’ or ‘applying back pressure’.

Skidding occurs when you’re too fast, and back pressure is hard to apply. It happens when you’re in desperate need to slow down, so you lean forward, groin to stem, all the weight to the front of your bike and lock your legs and rear wheel.

However, back pressure is the more ‘cost-efficient’ method most fixie riders use, as it’s very tedious and expensive to change tyres every so often. So while they’re pedaling, they’ll apply pressure backward of the direction to slow to a stop.

“When you are fast on a fixie, your legs aren’t strong enough to give it back pressure, so you lean forward, lock/jam your legs and rear wheel and it’ll skid till you slow down,” explained Badrun.

Because of the dangerous nature of riding brakeless, these cyclists ought to have immense skill and situational awareness on the road to know when and how to skid to a stop on time.

“As most of the time, we don’t stop – you require a lot of situation awareness while riding a fixed gear. What you face on the road might be life-threatening, so you only get one chance to get it right. But when you successfully make it to the other side, the feeling of satisfaction is just perfect.”

It has become apparent that fixed gear riders might be the one giving road cyclists, in general, a bad name – riding fast on walkways, running through red lights. But according to Badrun, that’s just a minority of them.

“Not all of them ride like that every time they get on the bike. We shouldn’t blindly hate the community, or take out your anger on these boys. They’re kids. Let them have fun but correct them when they’re reckless. Also remember that good parts don’t come cheap. At least they’re saving money to buy high-quality parts – pinching pennies just to get a new Thomson stem, or HED tri spoke. And on top of that, it makes them fit physically,” said Badrun.

Despite the negative consonance that comes with riding with no brakes, most have accepted the fact that they might be our next generation of cyclists.

Azhar Abdullah, an avid mountain biker, and marketing manager of Treknology3 said, “The young ones are pushing limits, going further and further, some even riding together with bigger cycling groups in Singapore and have become so good they’re competing nationally – so they’re not all bad.”

As reported in CNA, the racer had to fund himself to race competitively – similar to many young hopefuls from the fixed gear and Holycrit community.

“Drafting and reaching high speeds together on an open road is therapeutic. These boys are just kids who want to ride and feel the adrenaline.

“But at least with proper supervision, someone is there to keep them in check so that they don’t get themselves hurt. They are full of potential. I genuinely expect to see one of them to take this hobby to the next level,” said Badrun.