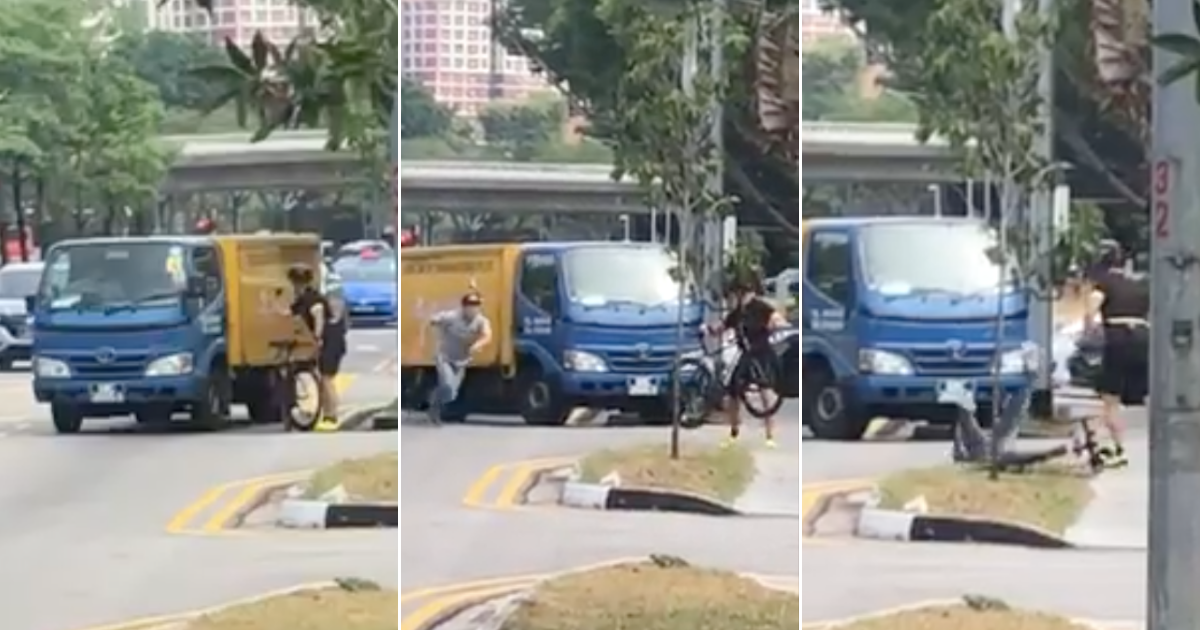 On 25th Feb, a video was uploaded to Facebook group SG Road Vigilante which showed yet another confrontation between a lorry driver and a cyclist.

The incident was thought to have occurred along Jalan Eunos, and there was heavy traffic at that time.

However, the video did not show what had happened from the beginning that led to the heated exchange between the lorry driver and the cyclist.

As a cyclist, what should you do if you are caught in a similar situation?

According to Straits Times, the lorry driver, 32, involved has been arrested on Tuesday, 26 February, for a rash act which endangered the personal safety of others and the cyclist, 55, is assisting with investigations.

The police said in their statement that they will not hesitate to take firm action against motorists who endanger other road users.