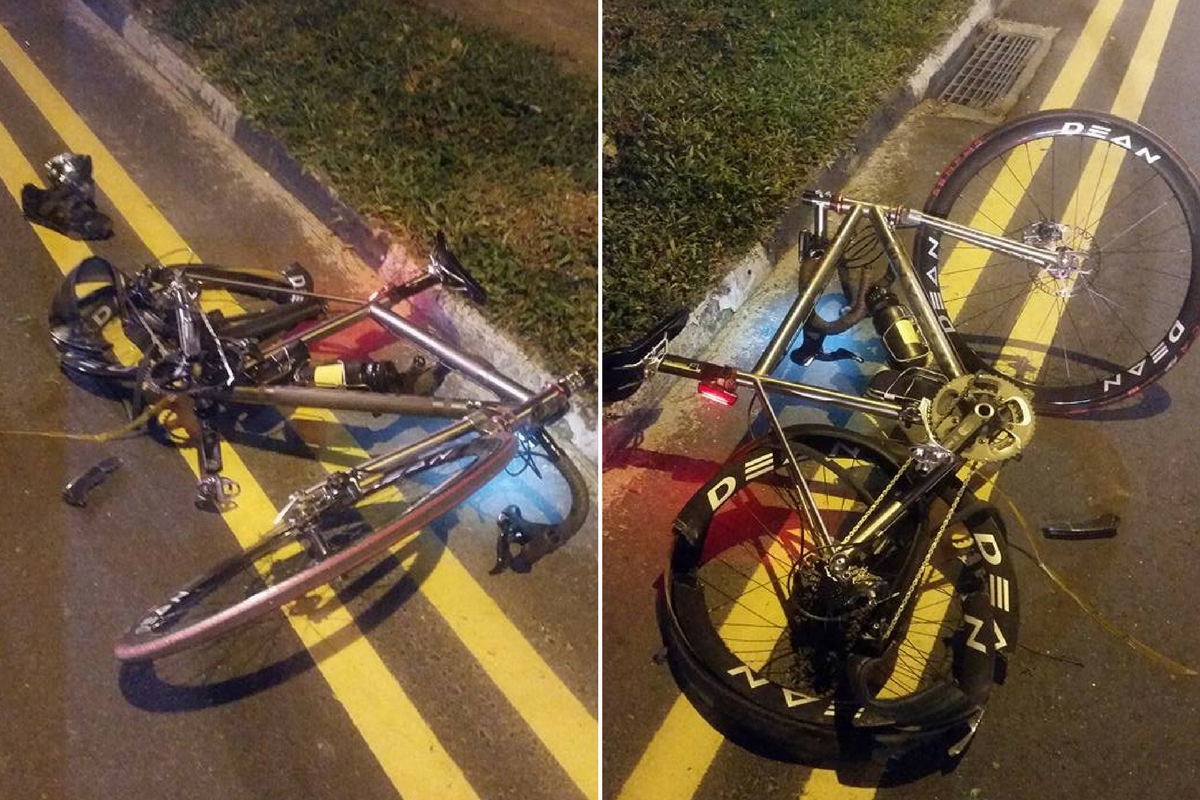 A cyclist was left bleeding at the side of the road along Admiralty Road West towards Marsiling at 11.30pm on Tuesday (24 Oct), after getting hit by an unknown vehicle.

The cyclist has been identified as Maskon Bin Mohamed Ali and has been conveyed to Khoo Teck Puat Hospital.

According to Facebook user Masz Masuri, the cyclist was found wriggling on the road, in shock and could only remember his IC number and name.

He said: “There were 2 others that saw him lying on the road. I was on my way back home to Woodlands from Marsiling. He was semi-conscious and wriggling in pain when we approached him and was lying in the middle of the second lane.

“He was probably lying on the road for a few minutes when we found him. The ambulance came within fifteen minutes of our call.

“He was left for dead had we not found him immediately after the incident.”

He was cycling on his normal route along Admiralty West Road when a vehicle hit him out of nowhere. He was unconscious and could only recall what has happened when he was already in the ambulance.

According to sources, he is now in stable condition and has just been warded. It came to light that he might’ve suffered spinal injury and multiple fractures.

According to his daughter Hanisah Maskon, he is currently resting but unable to sit or move due to his spinal injury.

Let us all come together and call out for any witnesses who might’ve seen what had happened along Admiralty West just after Admiralty West Prison, between 11.15pm-11.30pm on 24th Oct.

According to Masz, the suspect vehicle could be a BMW series based on the part that was recovered at the scene.

If you have any information leading to the owner of the suspected vehicle, please contact the traffic police at 6547 0000.

If you’re a cyclist and have been in a hit-and-run accident, share your story at contact@sportsin.sg