Behind the scenes with David Ho, Chieftain of West Coast Riders 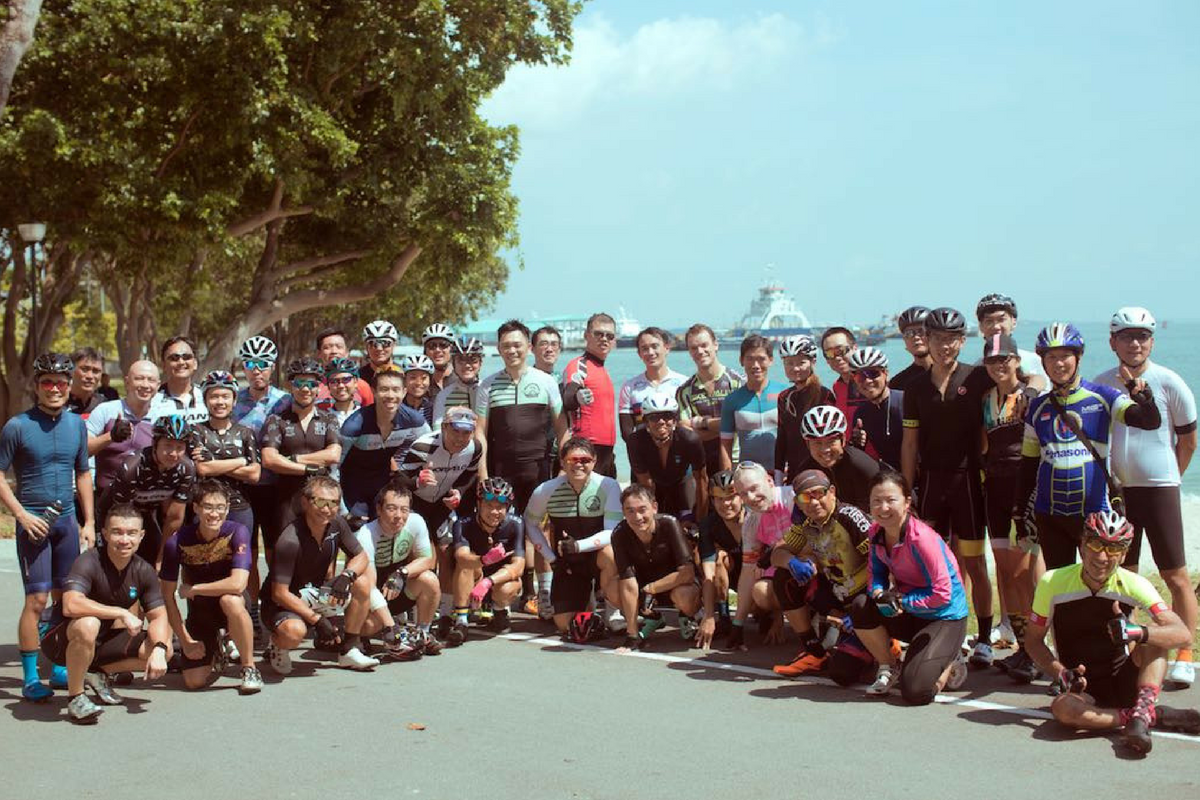 Behind the scenes with David Ho, Chieftain of West Coast Riders

West Coast Riders (WCR), one of the more prominent road cycling tribes in Singapore has grown from just 5-6 regular members in 2012, to more than 1,600 members currently.

David Ho, Chieftain of WCR dishes out on what it takes to grow the group, organise rides and keep members happy!

How it all began…

WCR was founded 5 years ago by two friends Lian Seng and Stephen Cheng. They were too tired of riding on their own and wanted to look for fellow cyclists of a similar mindset to ride with.

The western routes to Tuas at nights had long stretches without stops and was thought to be safe to ride since there’s less traffic, and it was convenient to start the rides from West Coast Park McDonald’s.

They did Wed and Fri night rides from WCP McDs, and Sun rides from Upper Thomson. The 1st few riders were either personal friends added to the Facebook group, or random riders picked up/met during the rides.

David was added to the group by his schoolmate Stephen on 17 Feb 2012, but only started riding with the group sometime in March 2012. At that point, the average turnout was +/-5 riders.

Currently, the group has grown to almost 1,700 members with different packs/subgroups so riders can ride with cyclists of similar pace.

I volunteered to take over organizing, marketing and hosting the rides after about two months in to make it more structured to expand the membership and participation, and also because I got bored of doing the same route every ride. Togoparts forum and word of mouth were the initial avenues to market the group, said David.

How sub-groups and packs were formed

In the early days, WCR did not have sub-groups/packs as the number of riders were small each ride. Abilities were different, and riders had to stick together or ride solo each ride. 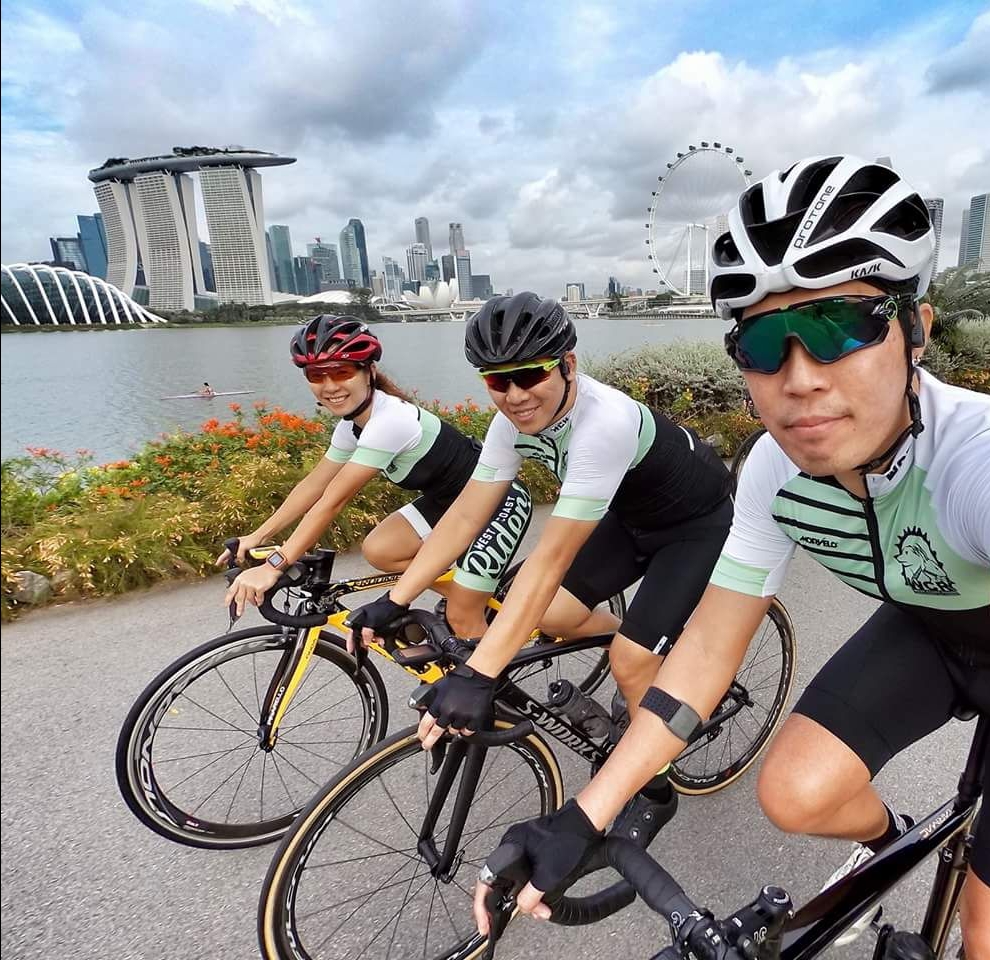 “On a Sunday morning on 20 May 2012, I had my wife and lady Manager come for the ride, but I knew the rest of the guys were not going to relax.

Since the route was from Long House to Mandai Shell, and U-turn to Yishun Dam, I proposed a race to add a little element of fun where, I took the ladies on a shorter route through old Mandai and turn to Yishun Dam, while the rest of the guys did the full route,” explained David.

It was a Greyhound Race, with the guys being the faster “Greyhounds” chase pack, and the ladies were the slower “Bunnies” pack. On that day, the “Bunnies” won. This led to the official formation of the different packs for Wednesday rides to cater to the different abilities of the participants.

The slower packs had shorter routes planned as well so that everyone finished about the same time at the endpoint. As the participation numbers grew, and riders from other groups started joining the rides, there was a need to cater to different group riding styles and increase the number of pace packs.

Hence the Self-Regulating (SR) pack was formed in 2013 for those who had their own ride style and did not want to follow WCR’s, and this generally attracted those who are more into racing.

The other packs were based mainly on pace and are led by WCR regulars – Greyhounds (GH), Blazin’ Bunnies (BB), Bunnies (BN), and Kitties (KT – baby bunnies).

This allowed riders to choose a suitable pack to ride for that day based on how they feel, and it facilitated new members to benchmark their progress within the group.

David often emphasises the importance of following road rules and safety regulations for each and every one of his rides.

He hopes that by allowing everyone to have a safe and systematic way of going about the ride, it will eventually open up road users mindset about road cyclists.

“If we want to be respected on the roads, we need to show that we are capable of predictable riding, follow traffic rules, and be mindful not to inconvenience other cyclists or motorists alike.

You need to earn the respect, not demand it. And it works both ways,” he says.

It’s all about drive, passion and time

He said: “It takes time hosting rides, taking pictures to document the rides/events and this is where I tag names and remember majority of the regulars. The regulars volunteer to lead packs, host rides when I can’t, and help out with the organisation of events.”

“None of us have any commercial benefit from what we do. As long as I still have the drive, passion and time to do it, I will keep doing it.

It’s nice to see the fruition of the efforts in creating a platform where like-minded folks meet, socialize, progress together in the sport, and have a safe environment to enjoy what we do.

The best part is when you see your “kids” graduate from being road newbies to experienced riders, who are capable of leading packs and hosting rides.“

Advice for others who wants to start their own cycling tribe

“You need a lot of passion, commitment, patience, and tolerance to start a social group that includes folks you may not already know.

Have a goal in mind what type of group you want, be organised and structured, and be committed to having a regular schedule for the rides.

And if that’s not your cup of tea, just gather a couple of friends, keep it private and ride as and when, and wherever you like!”