7 Cycling Influencers That You Should Follow On Social Media 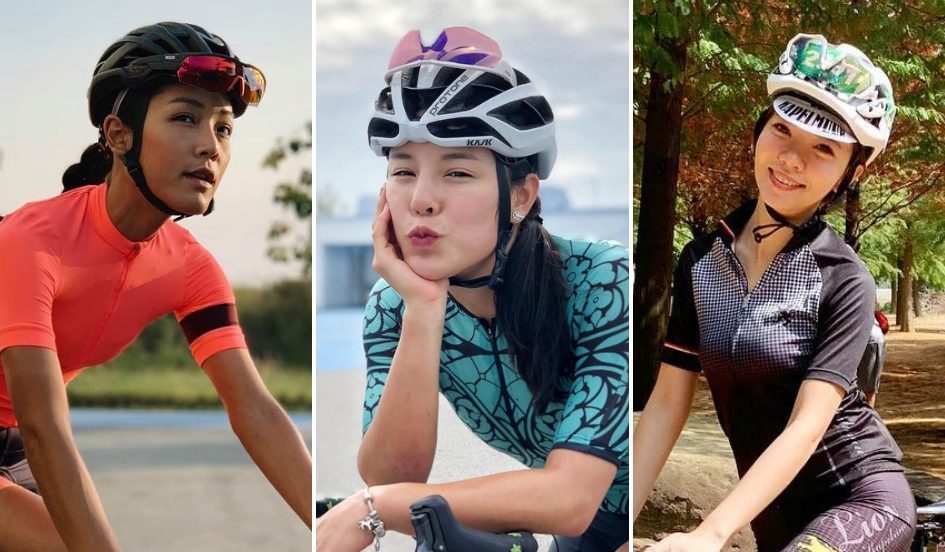 7 Cycling Influencers That You Should Follow On Social Media

A great number of the population cycle. No matter whether they are children, teenagers, adults or the elderly; no matter their occupation: teachers, chefs, doctors and even social influencers. After doing some research, here are the top seven influential cyclists to follow on Instagram.

Home cooking, delivered by me! @muzcalimade

Muzcali is a full-time Air Stewardess with Thai Airways. Somehow she still manages to find time to train and race for the Thailand BG race team.

Besides that, she loves to cook and has set up her own little business called ‘muzcalimade’, where she personally delivers her homemade salads and energy snacks to her customers.

Celine is a road cyclist from Taiwan and works as a cycling guide for Lion Travel.

She is a natural climber, and has even rode up Wuling (3,275 metres above the sea level) 14 times! Follow her on her journey as she introduces you to the amazing places that you can cycle in the world.

Impressive !! Today is one of my fav ride in Singapore. #Dawn #Sunup #CrazyWindy #Rain #StrongSun ❤️ haha what a day 😉 thank you everyone!! @velovelosingapore #WestCoastRider #TFR I’ll get myself ready and c ya real soon at @sgbikeshow

Sweetvarnvarn (Aroonnapa Panichjaroon) is no stranger to the cycling community in Singapore. She was invited to speak at the Singapore Bike Show back in August 2018, and also joined the cohesion ride organised by Velovelo, West Coast Riders, and TFR.

There’s nothing better than watching the sun rise over Kailua Bay in #Kona before the beginning of the @ironmantri…..Wishing all the athletes participating in today’s #ironman the best of luck and a big thank you to all the volunteers !!

Gordon James Ramsay Junior. One of the best known chef worldwide. His restaurants have been awarded sixteen Michelin stars in total and currently hold a total of seven. Not only is he an extremely amazing chef, he is also a good cyclist.

He started the Gordon and Tana Ramsay Foundation ( @gtrfoundation) which holds events and invites people to join Team Ramsay to compete in Triathlons/Ironman for a charitable causes.

Some of these events include a talk from the acclaimed Frederik Van Lierde, Belgian professional triathlete and 2013 Ironman triathlon world champion and a tyre changing tutorial from Noble Wheels. The proceeds go to the Great Ormond Street Hospital(@greatormondst) to help the patients and their sponsors include HUUB.

Another amazing #DempseyChallenge in the books! Thank you to our Presenting Sponsor for ten years @breakawaycancer #amgen everyone who helped us raise $1.2M! @dempseycenters

You may know him as the man who acted as neurosurgeon Doctor Derek (McDreamy) Shepherd in Grey’s Anatomy, or maybe a starring role in some other shows. Patrick’s mother, Amanda, was diagnosed with ovarian cancer in 1997. Thus, Dempsey responded by helping to start the Patrick Dempsey Center at Maine Medical Center in Lewiston and introducing the Dempsey Challenge.

Dempsey first started the challenge in 2009, and managed to reach the goal of three thousand and five hundred participants. This challenge has raised more than one million dollars for the cancer center. The Dempsey Challenge became an annual event, attracting about one thousand over cyclists, runners and walkers, including professional cyclist Levi Leipheimer.

Hairul Azreen is a renowned Malaysian movie star, with a long list of sponsors including 100 Plus, Under Armour and Nutrition Depot. He cycles on a regular basis with Team CIMB, and competed multiple times in Ironman. He is extremely well-known in Malaysia, where he acts in many different television series and movies.

Hairul recently set a new record for himself at cycling around one hundred and forty kilometres. He wishes to achieve more in the future.

I brought a few friends along. #BoBikesBama

Vincent Edward “Bo” Jackson is a former baseball and American football player, and is widely considered as one of the best athletes of all time. Other than being the only athlete to be named an All-Star at both baseball and football, he is also a keen cyclist. After his retirement, he started Bo Bikes Bama (@BoBikesBama), which is a charity bike ride, and donated his free time to it.

This annual event raises tens of thousands of dollars each year and the money is donated to the construction of community tornado shelters. Every year, riders from about twenty-four different states gather to join this event. These people often include  professional baseball outfielder Ken Griffey Junior, American road racing cyclist Lance Armstrong, actor/director Ben Mckenzie, actor Andre Holland and many more distinguished individuals. They even have big producing partners like Nike, Trek Bikes and Trek Travel.