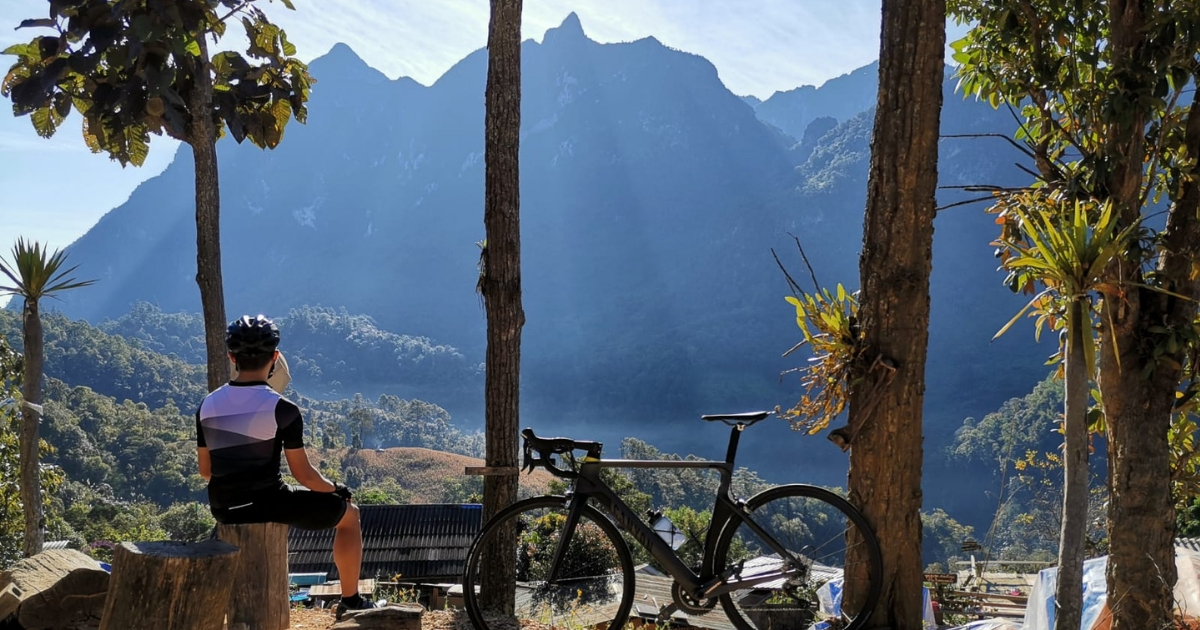 If you have been cycling in Singapore for quite a while, you most likely explored most of the island. Every street corner is so familiar as if you know it like the back of your hand. There aren’t many places for us cyclists to train or explore.
We dwell on a tiny, flat and unchallenging island. It would take us at most 180 km to complete a Round the Island ride. Motor vehicles congest the roads and pollute the air. We inhale toxins with every breath. How different is it to cycle overseas?

Here are my Top 5 Reasons why you should consider planning your next cycling trip to Thailand:

Before I cycled overseas, riding the undulating terrain at Mandai Avenue made me feel like every uphill segment was a climb. I thought that was challenging.
Most cyclists have heard about the climbs in Thailand – with the most infamous being Doi Inthanon. I had a taste of what it’s like to be a road cyclist in Northern Thailand.

I was fortunate to battle the slopes which had gradients of over 20% in Doi Mae Salong. It was a humbling experience, where for the first time in my life I had to dismount and push my bicycle because of the ridiculously steep gradient.

Remember the feeling you get when you get your first bicycle, did your first round island, or completed your first cycling event? It felt the same novelty here. The gradient felt real and it was something I wanted to explore and conquer. I told myself not to let this happen again.

Another one of the climbs I attempted was Doi Suthep. It had an elevation of 1,676m over a span of about 15km. Having already done the DRCC Cameron Highlands KOM Race about a week ago, Doi Suthep felt manageable (average gradient over 6.5%) and relatively relaxed.

I stopped somewhere in the middle when I saw a sign that pointed to “viewpoint”. The view was breathtaking because you could see the whole of Chiang Mai. Every pedal stroke felt worth it. The gradient was significantly steeper towards the end, and I had to pedal out of the saddle to keep the momentum going.

After I struggled for the last leg which had a gradient of over 12%, I ended up at the side of the road outside the temple, with both elbows on the handlebars, gasping for air. With the thought of gradients above 20% in Doi Inthanon at the back of my head, I doubted myself. “Can I do it?”

I had another tough climb in Chiang Dao. The gradients are usually above 20%, and I had to dig deep to push through. After about an hour of struggling up the climb, my doubts washed away as I sat down and soaked in the atmosphere of the mountain top. The sense of fulfilment and satisfaction is one which every cyclist should experience in their life. I could not put this feeling into words; you have to experience it for yourself.

It is fascinating how mountains like Doi Suthep and Doi Mae Salong belittles the short climbs we have in Singapore – even the more well-known ones like the hills in NTU (Nanyang Technological University) or Mount Faber.

If you have ever been to Thailand, you know how delicious their food is. With street shops along the roadsides, you will hardly find yourself on an empty stomach. Just save a bit of space in case you see something even tastier down the street!

The fruits here are extremely sweet – perfect for us to fuel our engine. I remember eating a freshly cut pineapple which almost tasted like it was dipped into honey! 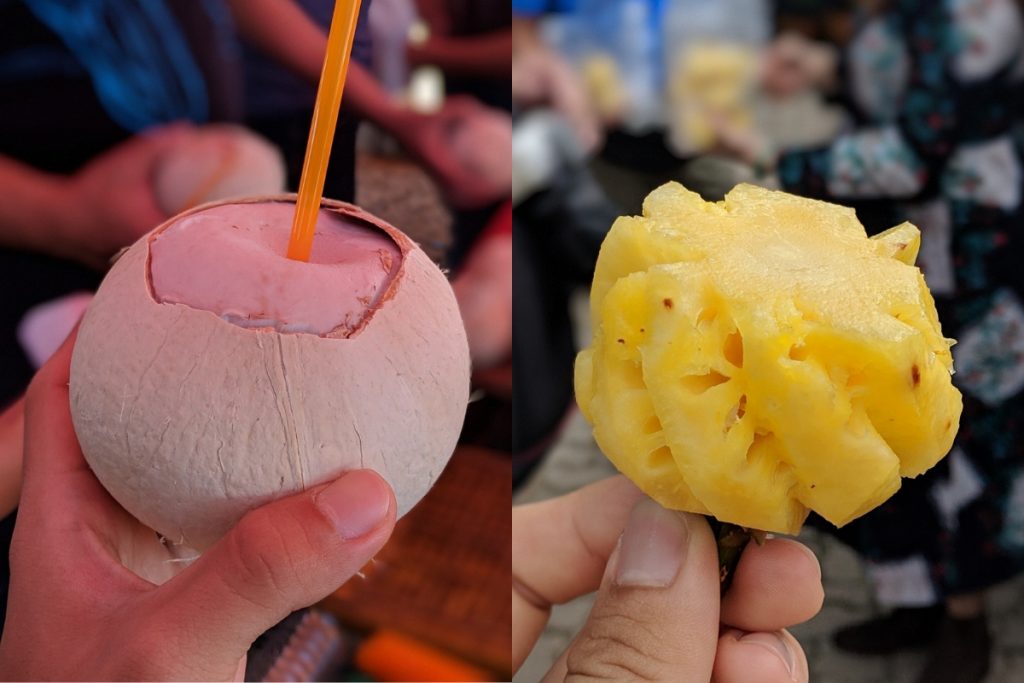 Even if you aren’t planning to cycle in Thailand, it is still worth your time to go to Thailand to enjoy their local cuisine. Their most notable dishes are Pad Thai, Mango Rice, and Pineapple Rice.

On top of that, soak in the atmosphere of Thailand’s local culture by visiting beautiful places of interest such as Singha Park, White Temple, Chiang Mai National Park. 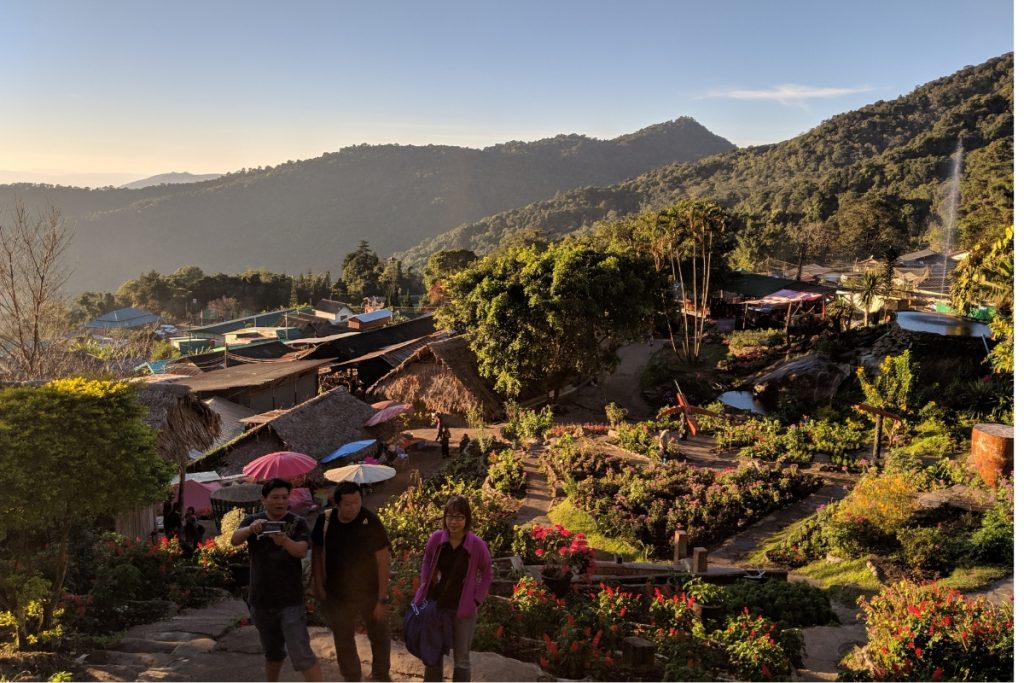 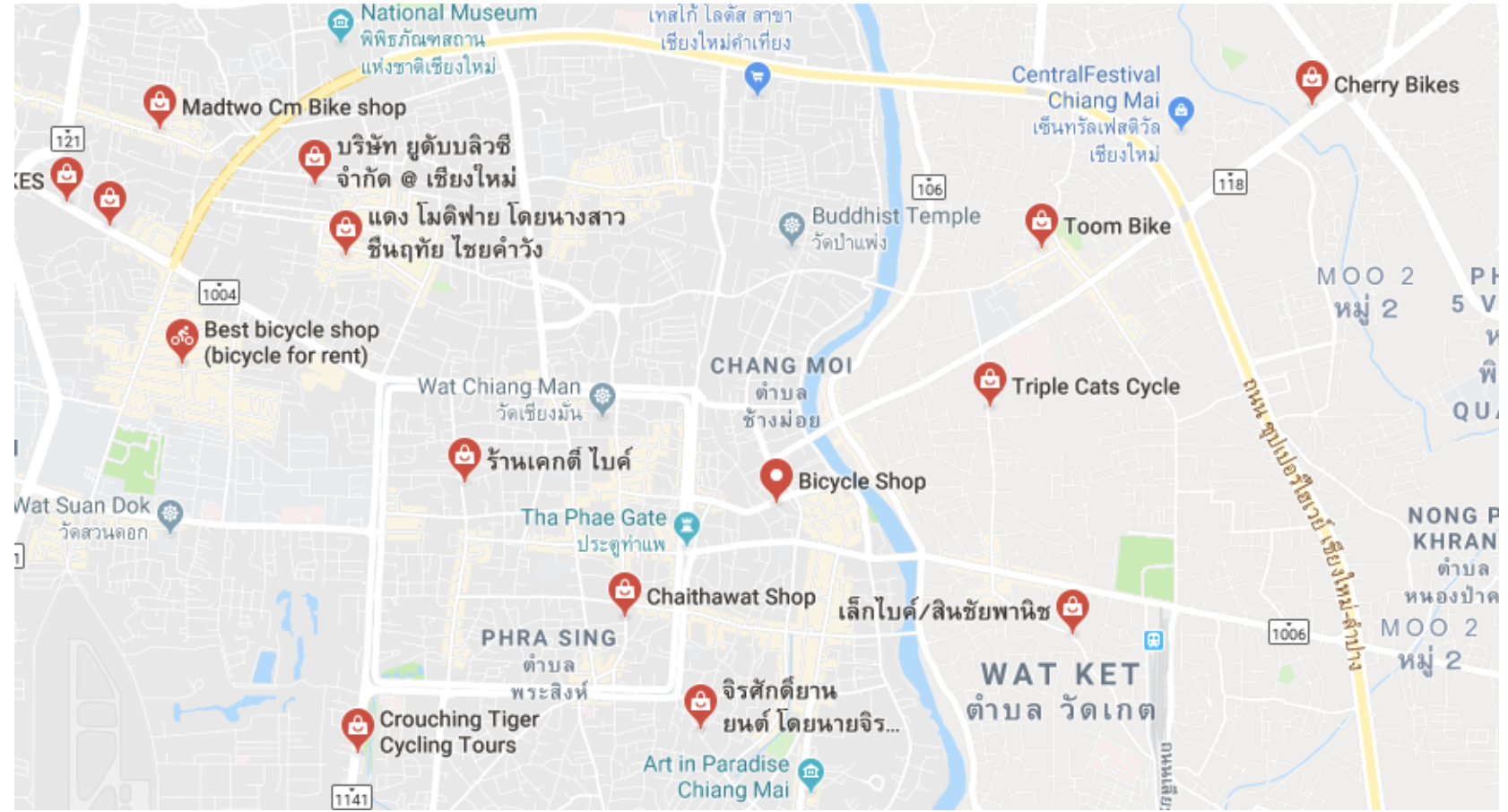 Just like every other cyclist, I was curious to see if there were any bicycle shops nearby in Chiang Mai. A quick search using Google Maps revealed one of the densest population of local bike shops in a city.
This meant that I did not have to worry about mechanical failures here in Thailand. 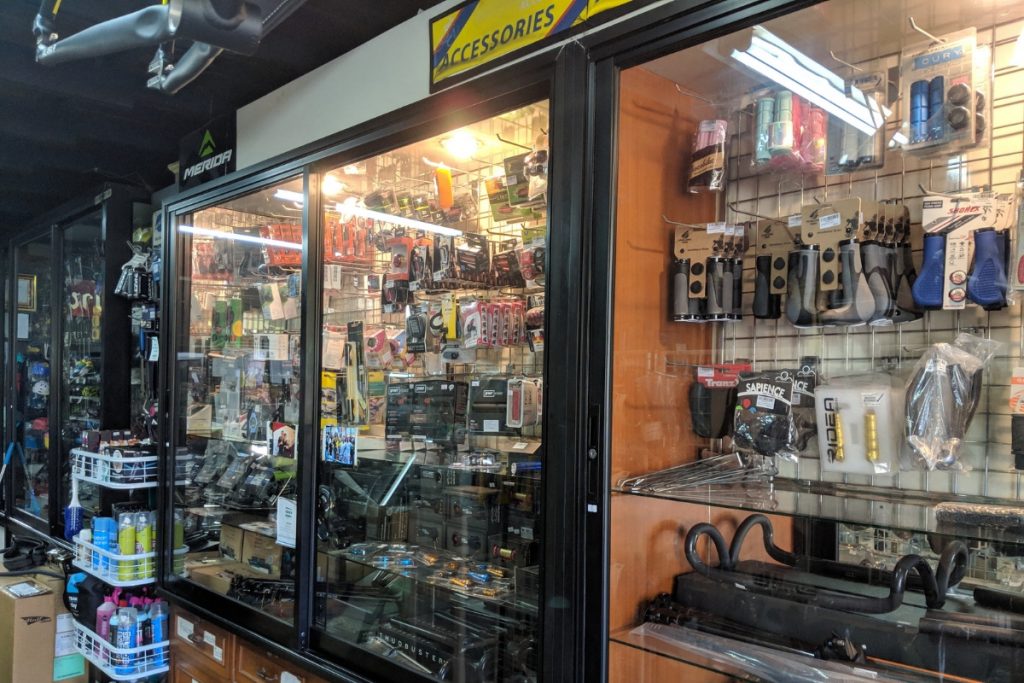 As I cycled along the streets of Chiang Mai, closer to the middle of the city, I stopped by one of the bicycle shops upon seeing a large familiar “Fizik” flag hanging over the road. Walking in, I was greeted with unique brands such as “Fourteen” – something I’ve never seen in Singapore. 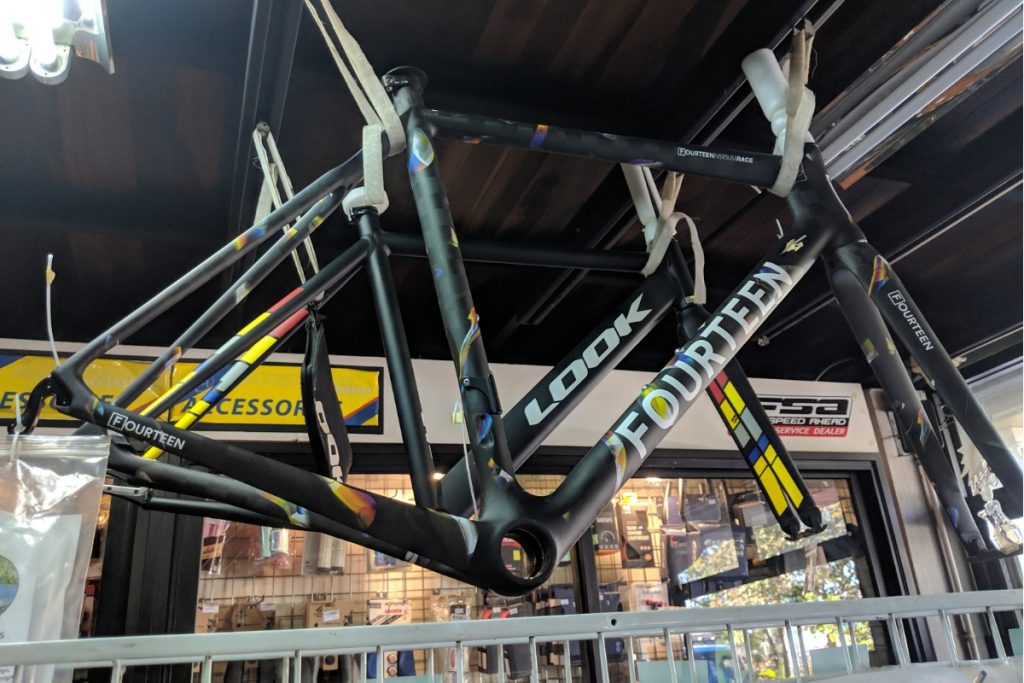 Lying on one of the shelves was an 11-42T Cassette, usually meant for mountain bikes. I came into Thailand with a compact chain set (50/34T) and an 11-32T cassette. After struggling up some of those steeper gradients (over 25%) in Chiang Dao, I knew I needed to prepare for what’s to come – Doi Inthanon.

We have all cycled in the afternoon in Singapore (especially those longer rides) and experienced how bad it feels to have the scorching sun rays over our vulnerable skin. Some of us even sworn to never cycle in the day and only ride at dawn or dusk.

In Thailand, temperatures could easily fall below 20°C during the times where we usually ride in Singapore, when the Sun isn’t hanging above our heads. I remembered crawling out of bed and dreading to roll off from the hotel room, and this was not a feeling I usually had.

My fingers were so cold I could barely feel my shifters. Fret not, all these feelings get washed away when you finally hit the roads and feel blood flow through your limbs as you warm up for the miles ahead. Cycling feels great in this weather and this is something you would never get to experience in Singapore.

5. The Roads and the People 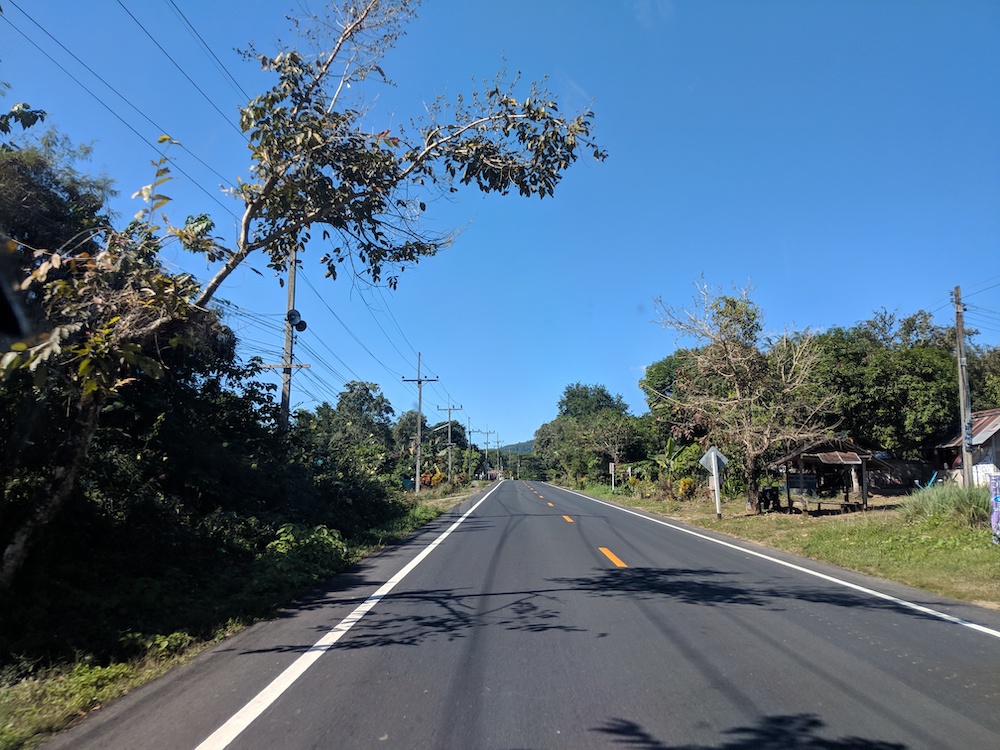 During the first time I rode on the Thai streets, it felt like the road condition was better than Singapore; it was smoother and had less grit. The potholes and cracks were still prevalent though.

I guess it makes it more slippery on rainy days, but it gives cyclists a better cruising experience. There were loose soil and sometimes even gravel scattered on the sides of the road, and if you aren’t careful, you might just lose traction and skid. You will have to pedal in smooth circles or sometimes coast to let your bike roll over them steadily and safely. 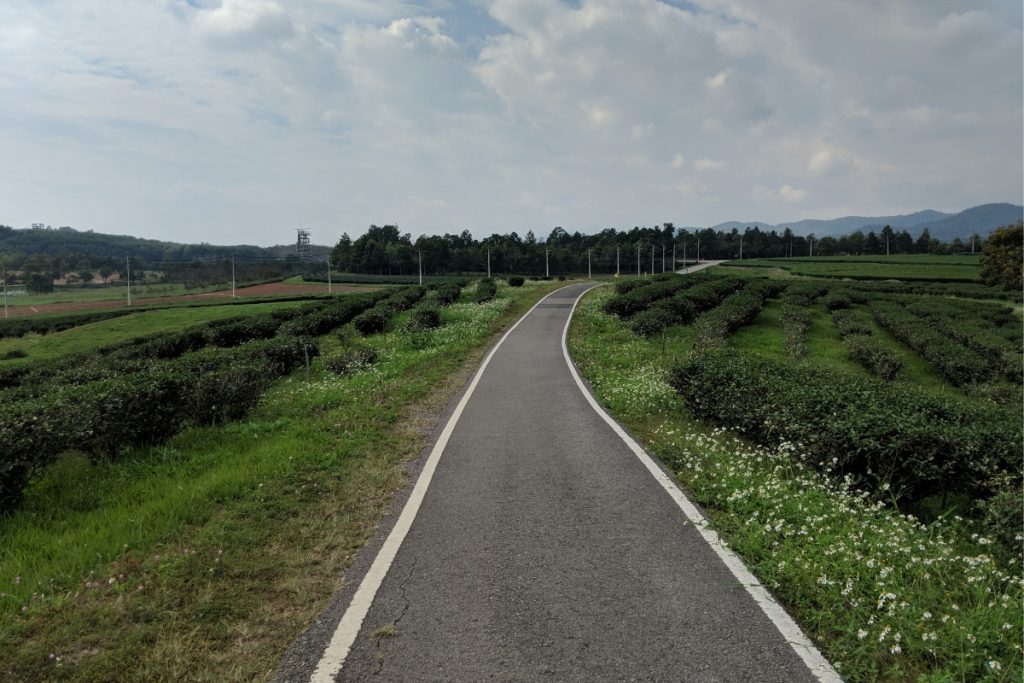 Riding the streets of Chiang Mai was an excellent experience. On the road shoulder, there were many drains. They weren’t those which were small and harmless to our thin road bike tyres. I avoided a few by going in between them.

Like threading a needle; imagine two potholes next to each other with a gap smaller than the width of your foot, I had to ride in between them to avoid catapulting towards the tarmac. That left me no choice but to hop onto the main road and kept the left. Nevertheless, I was lucky that the road users in Thailand were kind. 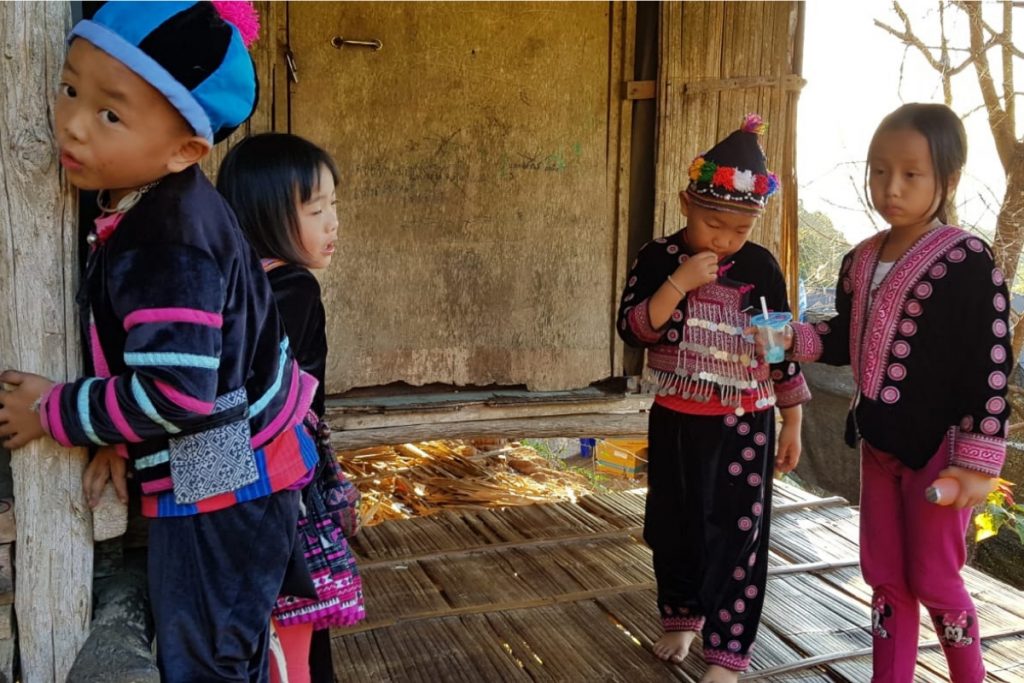 Thai road users are kind and patient. They gave ample space and overtook only when it was safe. The patient road users were a far cry from what we usually perceive in Singapore (think the lorry-bicycle incident).

The wild animals here aren’t as scary as what see in Malaysia. I recall getting chased by a wild dog at the summit of Cameron Highlands, and another during my ride towards Malacca. 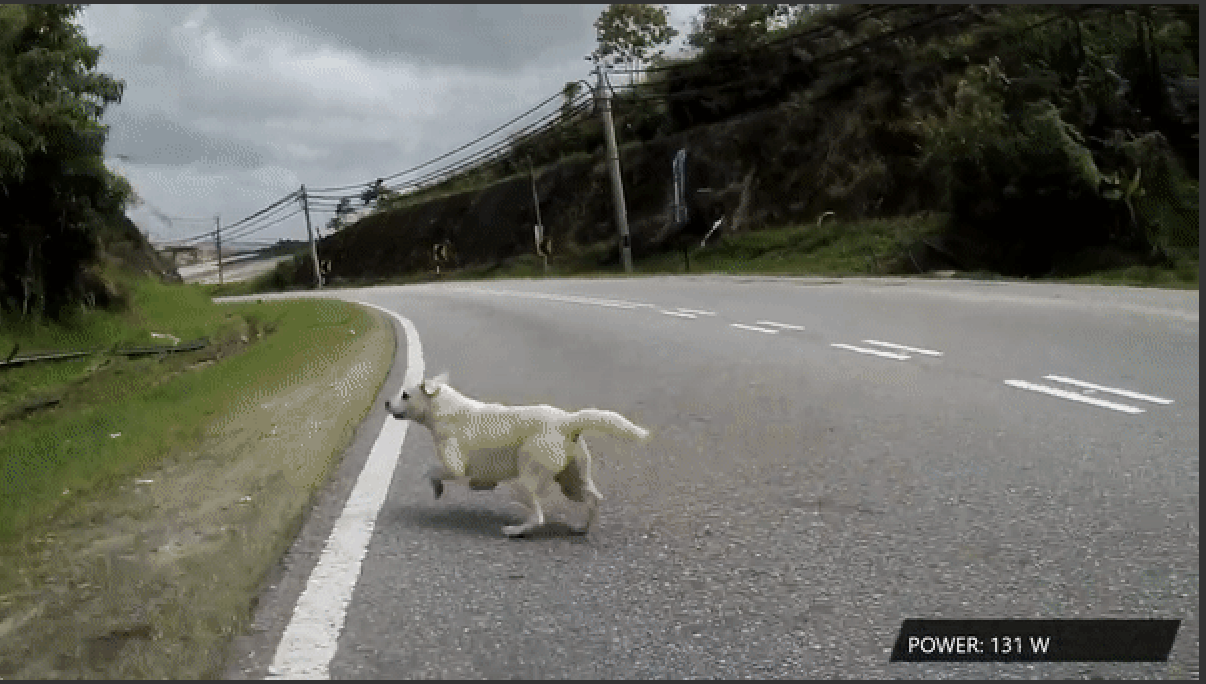 During one of the climbs in Chiang Dao, a dog followed me, skipping by my side as he wagged his tail. The dog was like those fans who run next to pro cyclists we usually see in the world tours. Because of how lonely the climbs were, I felt like the dog was my only supporter.

Cycling will get boring if we only do it locally. Take it to the next stage by bringing your bicycle overseas and explore whatever our world has to offer.

Cycling in Thailand has certainly opened my eyes, and I’m yearning for more overseas cycling trips to come.