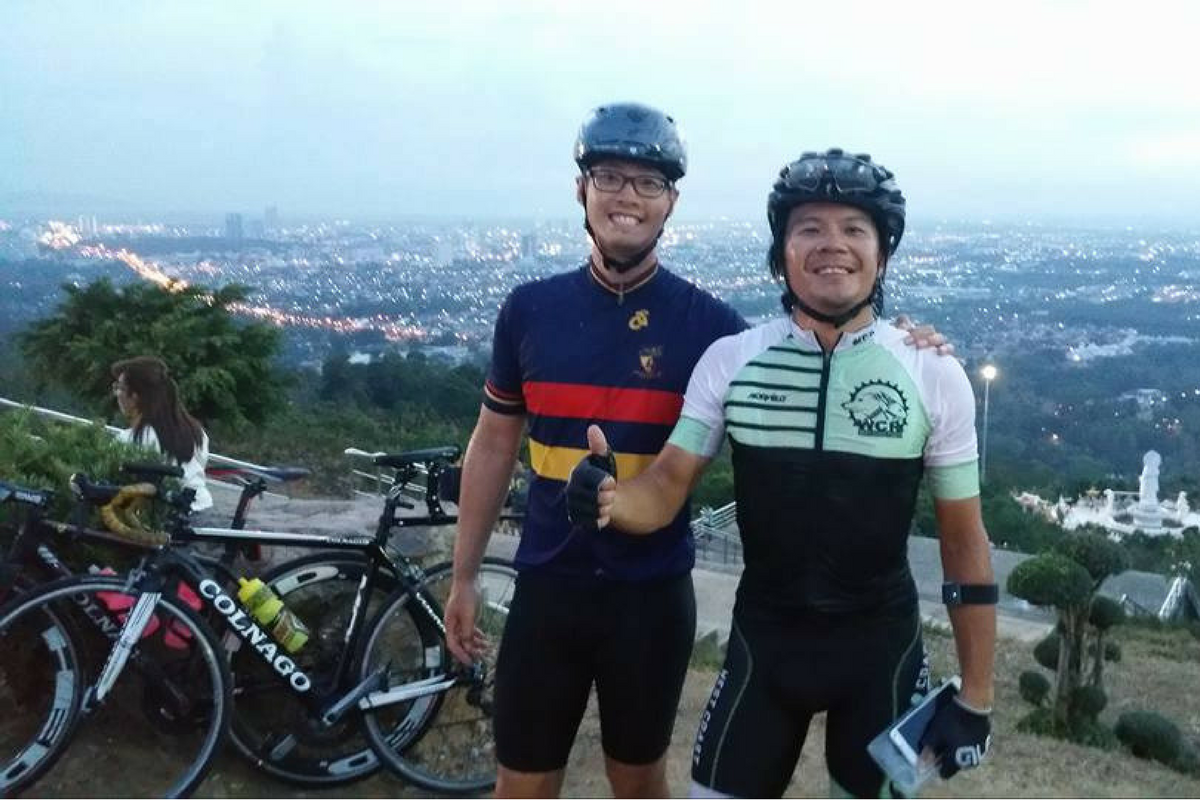 Denny Ng
comments off
19452 Views
0 Likes
In 2016, I decided to tour the whole of the Malaysian peninsula going as far up to Hat Yai at the tip of Southern Thailand before making my return journey

There wasn’t much planning involved as I was hoping for opportunities to discover new places as they present themselves on the road. I set forth fearlessly and with great excitement, trusting that I had all that I needed to overcome the unknown.

I left home at 5am to meet Mark – my cycling kaki and partner in crime for this whole journey.
I had a phone pouch mounted on my top bar which allowed easy access to my passport. I would soon learn that it is not a convenient place to leave your phone if you want to take shots on the go. I had a cheap wired Cateye speedo after my miserable experience with wireless sensors. And off I went.
We reached Woodlands at 6am, cleared customs before 7am and hit Kota Tinggi at 8am. Then, the first blow hit, our favourite Kiang Kee Bak Kut Teh was closed so we went up a little further to the Mawai junction for food.
We took a stop from 8.45am to 9.45am before heading off to take on the rolling Jemaluang road
We hit our usual BHpetrol kiosk at the T-Junction of Jalan Tanjung Leman at 1030 for coolent (read ice-cream and drinks before pushing on).
It’s a familiar road, and we’ve taken countless pictures along here before. Disaster even struck at the same place too and I had my first flat of the trip just before the Jemaluang junction around 12pm.
The thing is we know that Jemaluang seems to have bad juju for quite a few of us in the riding group. Probably because its 50 km without shade or a pee break which makes for interesting excursions to the plantations where, God forbid, you need to do a number 2 with Kerengga ants crawling near your ass. We fixed the flat and moved on.
I decided to call for lunch at MG Garden Seafood restaurant this time. I have always passed it wondering how the food would measure up and it would be just in time for lunch anyway.
It was an easy stroll into Mersing after lunch. So easy that the two of us looked at each other and agreed to wing it to Endau. That’s an additional 40km, but since it was only 1.30pm we had a lot of time even if we took 2 hours to get there.
So up in smoke went the planning for my hotels and I hoped we would find a hotel in the RM50-80 price range for the night.
Mersing Hotel @ RM50 a night
Sakiza view Hotel @ RM70 a night Hotel
Riverside@ RM70 a night
Muara Inn Hotel @ RM80 a night
… and all that went … poof!
It wouldn’t be a big deal if we had data or could ask uncle Google but all we had left was what we could spot. But, life just isn’t as fun if we had just followed the script right? So off to Endau we went after I gassed up the deflated rear wheel at our friendly neighbourhood bike shop beside the Mersing KFC.
The weather was hot but we were in pretty good spirits as we were laughing and appreciating the roads along the way. After all, with 160km done and dusted with the legs still feeling fresh what could go wrong right?
Right! Apparently plenty.
Hills, nice rolling hills for one. Hills, clouds, and wind. And my wheels that were rolling so well seemed to get stuck or increase their resistance for no reason.
What was happening?
Either way, stopping was not an option and for those of us who have experienced it before, you wouldn’t want to be caught in the open in a Malaysian storm. On the road, with fast moving cars who may not see you in the reduced visibility, who cut into the lanes while they overtake… well, you don’t want to be in the open.
And so it rained with the last 8 km to go before I could reach Endau.
You can see the thick fat drops that pierce into your clothes and take away your precious body heat as it drips away from you. The distant trees and smudged image give an idea of the visibility of the road ahead. Both of us were separated and alone.
Mark was ahead, seeking shelter while I struggled to log in the miles as fatigue and hypothermia beckoned. C’est la vie. For no cyclist worth his salt was ever daunted by a little water on his ride, no?
Crossing the bridge ahead will bring us into the state of Pahang. That will mean that we crossed 1 international boundary and 1 state boundary in 1 day!
Tired out of our wits, we settled for the most visible hotel. (Big mistake) This was the worst hotel for the entire trip for the price that we paid.
The staff were helpful and the service was good in their defense but despite RM170 we had a leaking bathroom, low pressure on the bathroom shower and wash basin if used concurrently and the bathroom didn’t even have shampoo for this price!
We accepted our mistake as we were too tired to change hotels and we did not know if there were any better ones nearby. We finished up with our washing and headed out for dinner.
It was better after we washed up. Greeted by a herd, outside the hotel gates.
Lo, and behold opposite our hotel was a cheaper, brighter place that was obscured by the rain. This picture of the outside doesn’t quite do it justice though but it’s just RM80 a night at Hico hotel.
The owner of the Hotel also owns the restaurant adjacent to the hotel. The food served is rather forgettable though, but we forced ourselves to scarf down the food to regain our strength.
We loaded up on supplies; washing powder, rags and bottled water after dinner in preparation for day 2, it was 7pm by the time we were all done.