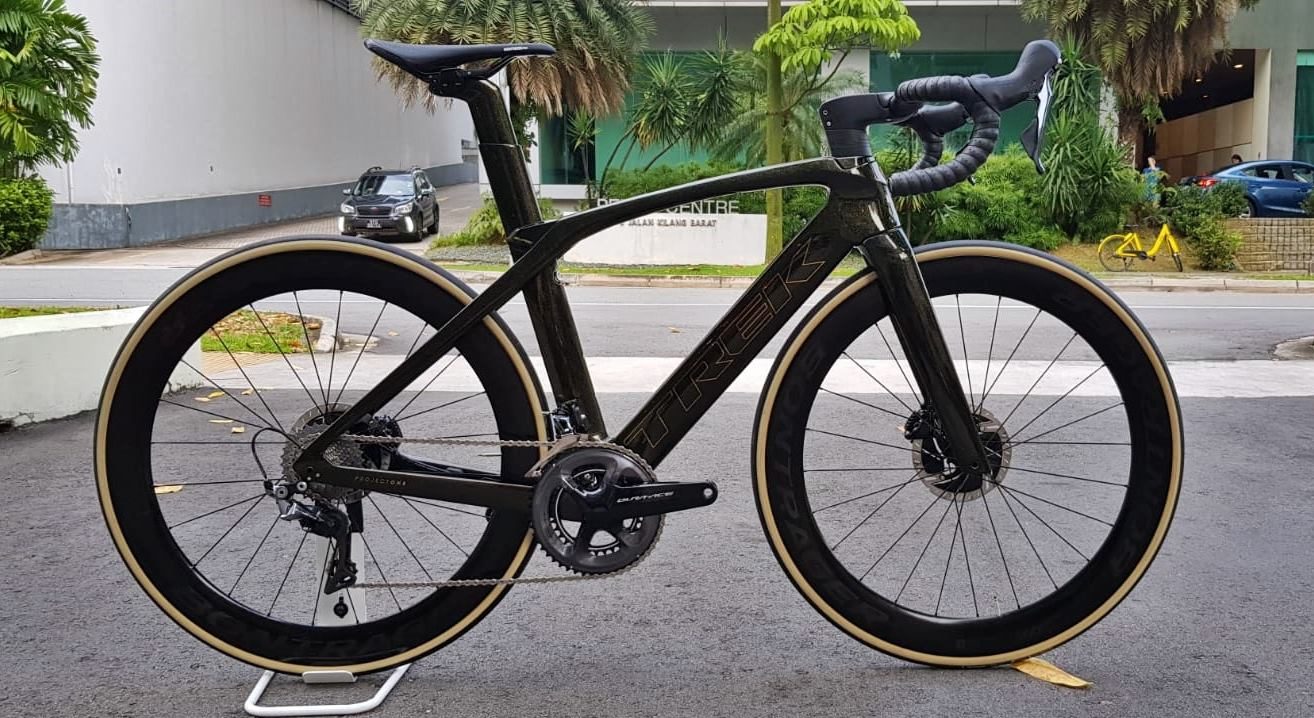 The date was 5th July 2018, 6 pm, at Harbour Drive – I was one of the lucky few to be given the opportunity to test ride Trek’s all-new Madone, and boy was I excited to see the new speed demon in its flesh.

At first glance, it looks remarkably similar to the Madone 9, but look closer, and the new additions become apparent. The integrated carbon handlebars now come in 2 pieces – the stem, and the handlebars, allowing for (slightly) greater flexibility if you find the need to change your stem length, or the handlebar width. The handlebars also offer a +- 5 degree tilt to suit the rider’s preference.

The next change I noticed was the seat post mast, which is now coloured, and the beefier fork – more on that later. Of course, the Madone SLR now comes with a disc brake option whose braking performance is undisputed compared to rim brakes.

I understand the appeal of modulated braking especially in wet weather or on steep descents, but I do not think I’ll ever be able to harness a disc brake’s full potential in Singapore. Personally, though, I am not a fan of disc brakes from an aesthetics point of view, but that said, the new Shimano Dura-Ace disc brakes look compact and sleek.

Last but not least, the new Madone has revamped Trek’s ISO speed system completely. It now runs from the seat post to the top tube in an L-shape structure, and best of all, the ISO speed is now adjustable, meaning that you can adjust its compliance to make your ride stiffer, or more comfortable.

Onto the actual test ride – I first tested the ISO speed set at the “most comfortable” setting. I didn’t notice much about comfort; after all, Singapore’s roads are relatively smooth. Powering down the flats, I felt the bike was stiffer, including the bottom bracket, enabling me to transfer all my energy to the drive train. Maybe it is just a “new bike syndrome”, but the bike just felt faster than my current Madone 9.

Next up, the ISO speed was set to the stiffest setting, and I rode down the same stretch of road. Quite noticeably, I could feel every road bump coming through, not in a discomforting kind of way, but you could “feel” the road terrain much more than before.

I’m pretty sure it wasn’t placebo effect because after one loop around, I got it changed back to the soft setting and I could feel the immediate difference when I rode that same stretch again. The ISO speed no doubt works, and it makes me wonder what if the bike did not have any “dampening” system at all – aero bikes aren’t meant to be this comfortable.

I took the new Madone SLR up and down South Buona Vista (SBV), and it was a joy to ride the curves with it. While ascending, its stiffness meant efficient power transfer, and the relatively light weight for an aero bike also meant it wasn’t a chore dragging it up. Although the ISO Speed setting was at its softest, I did not feel any “bouncing” while I spun my way up. Speeding back down SBV is when the bike’s disc brakes and stiffer front-end stole the show – tracking was smooth and precise, and that gave me confidence in the corners. 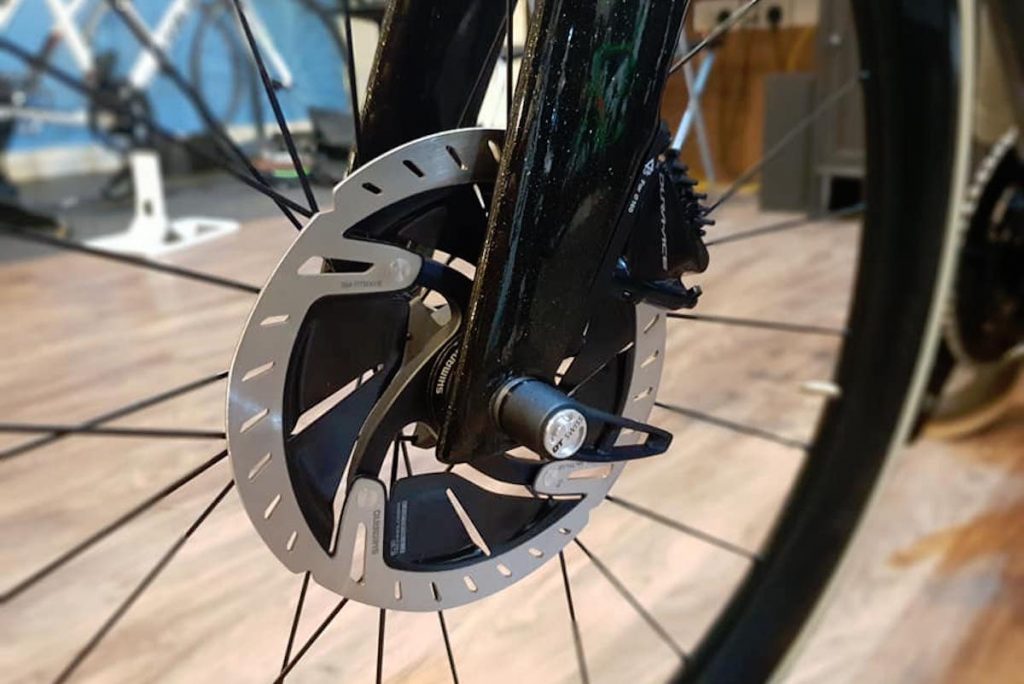 As expected, disc brakes did not disappoint when I needed them. The biggest take away was the Madone SLR’s stiffer front-end; it translated to more responsive and precise handling. The bike felt measured and stable through sharp corners or even when you flick it abruptly to avoid a pothole. All these undoubtedly gives you confidence when riding any parcours.

In conclusion, TREK managed to upgrade their flagship Madone impressively, it doesn’t look like many changes on the face value, but the new Madone SLR is a step up from its predecessor. 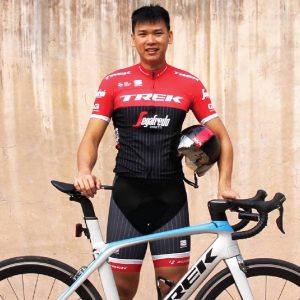 Lance Tan
Lance is a National Track cyclist who competed at the 2018 Asian Cycling Championships, 2017 South East Asian (SEA) Games and the 2017 Thailand Queen's Cup, where he won gold in the Men's Elite 1 kilometer time trial.
Lance is also a Former National Track & Field athlete, clinching a bronze medal at the 2011 SEA Games.
Professionally, he works at A*STAR as a senior materials research engineer.