Triathlon Guide: TT Bike Vs Road Bike With Clip-On Aero Bars. Which One Should I Use? 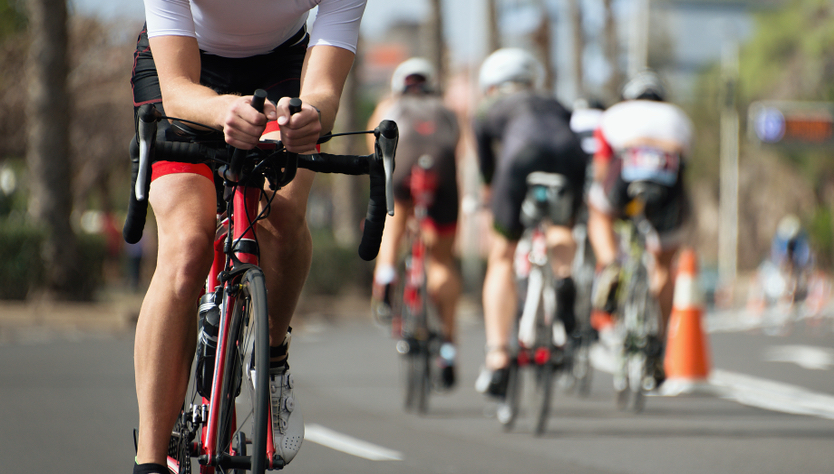 Triathlon Guide: TT Bike Vs Road Bike With Clip-On Aero Bars. Which One Should I Use?

In a Triathlon event, most cyclists choose to be on a Time Trial (TT) bike because they want to put the least surface area of their body exposed to the wind, which translates into maximum speed for the effort they are putting in.

However, a TT bike may not benefit everyone. Here are some factors that will affect your decision process when choosing between a TT or a road bike for the bike leg of a triathlon.

To get the benefits of se a TT bike, you need to be able to be strong enough to ride an average of at least 33km/h (note: solo effort over a 40km distance, not drafting in a pack). Otherwise, you may be better off on a road bike. You need to have sufficient strength and endurance to hold a speed to get the benefits of a time trial bike.

Click here for some tips on how to ride safely on a TT bike.

When you are on a TT bike position, your muscles are loaded differently and will create a higher level of fatigue. You have to bear in mind that triathlon are won or lost on the run leg and you need to be fresh enough to have the strength to complete the journey in style. Triathlon is a fatigue resistance game; you need to save enough energy and strength to finish the run leg as strong as possible after getting off your bike.

One common mistake that most triathletes make is to smash themselves on the bike, not saving enough strength for the run leg, and as a result, they end up paying the penalty on their run. The further you go in the sport, the more you will understand how to mitigate your fatigue.

For many people it would be a better choice to use road bike with TT bars because there will be less fatigue on the body and it will deliver your body to a better shape. Flexibility and strength will determine which bike you use as the relative fatigue of a TT bike is higher than a road bike. 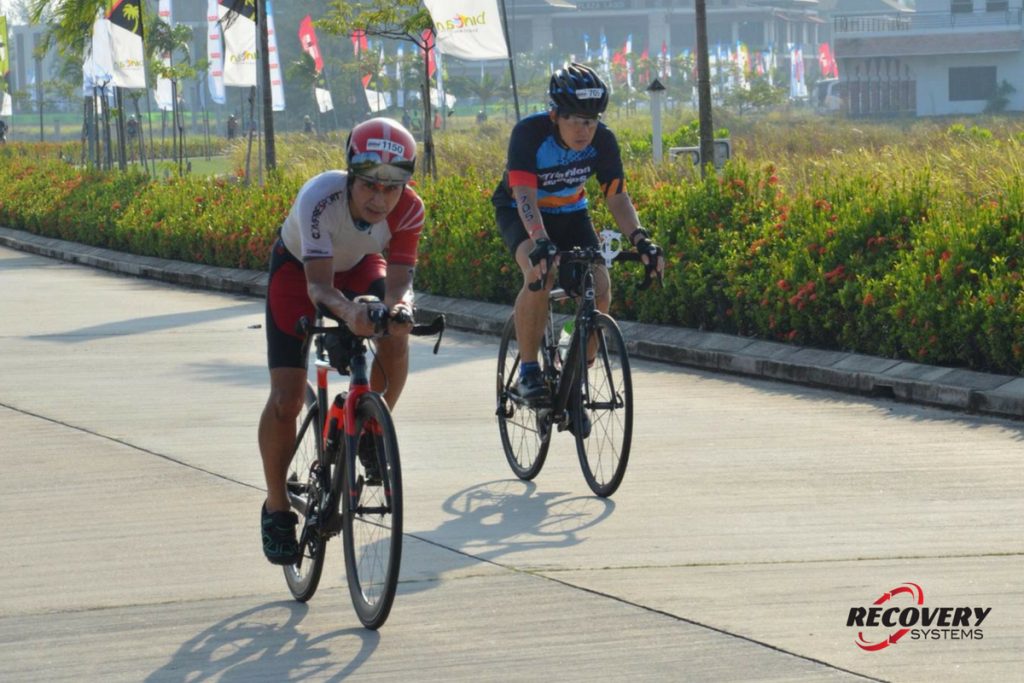 TT bikes have only a marginal gain of 17 seconds over a road bike for a 40km distance. In fact, what you are buying is the position rather the frame; that is the major benefit if you opted for a TT bike.

It is not a lot. The most prominent unaerodynamic element is the rider. The actual advantage of going to a time trial bike frame from a road bike frame from an aero point of view is quite small aside from the rider’s position. Although it does put the rider in a lower position to get out of the way of the winds, it would only work if you are strong and have the right conditioning to handle fatigue of that position.

Instead of focusing on what bike to ride, consider switching to tighter fitting clothes, aero helmet, and clip-on aero bars for more significant time savings at the least cost.

Because of the geometry and the position, a TT bike is more difficult to handle than a road bike.

If you struggle to handle a TT bike, you will most probably find yourself most likely sitting on a more upright and unaerodynamic position, negating the real benefits of the bike in the first place. Your position on the bike is more important and could save you more time. 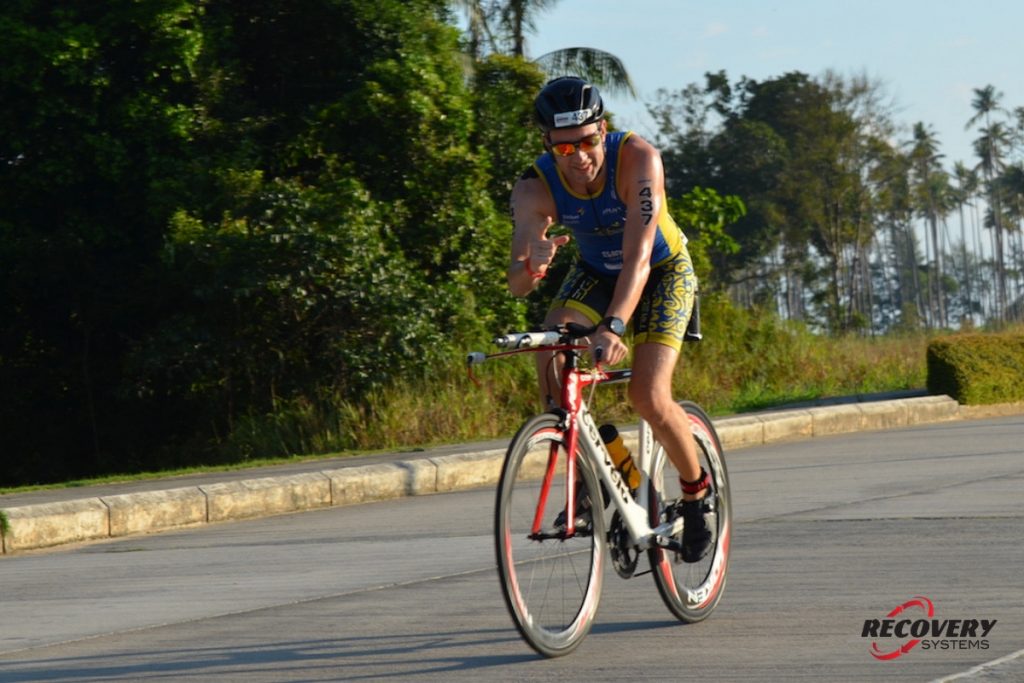 Road bike might be more easier to handle and you will stay in a more efficient position for a longer period of time.

It is crucial to have an idea of the course you will be riding before your race; whether it is a technical, hilly or flat. This will have a bearing on which bike will be the most appropriate.

For example in Singapore, triathlons are usually held on a shorter circuit around 6km at East Coast Park with four corners per loop. Riding on this course would involve a higher degree of bike handling skills, which would be easier to navigate on a road bike. You may be better off on a road bike if your course hilly such as Bintan 70.3., for example where the average bike time for this year’s race was 3hours 10min for 90km, and most people would be faster with less fatigue on a road bike vs TT bike.

A TT bike would be suitable for a flat, straight out and back course where there are not many corners to manoeuvre around.

Wind is another factor to consider. Due to the forward position of the TT bike, you would have slightly less control in a crosswind compared to a road bike.

There is going to be minimal gain from riding a TT bike unless you are a strong rider with good bike handling skills. However, riding a TT bike does put you in a better position to get out of the way of the wind, provided you are strong. Ultimately it will only work to your advantage if you have spent time in that position and your body is adapted to the fatigue loading in a way that it doesn’t adversely affect your running.

Based on my experience, most athletes that average 3 hours or more for 90kms in a 70.3 event (this is the global average bike time for 70.3) would be better served with road bikes with clip-on bars. It will be more comfortable and would make you less fatigued for the run. Remember, less fatigue on the run and you will be able to finish the race in style. 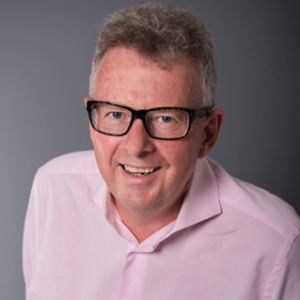 Michael Lyons
Michael is an ITU Level 2 Coach, Co-owner of TriEdge, and CEO of recovery systems. He is also a race commentator for Cycling and Triathlon races.
He has training and recovery tips & tricks from his 53 years of bike riding. He has done more than 100 Ironman races and 6000 hours of athlete coaching including the use of active compression technology.
He loves to connect and bring the endurance community together.
#bringonthegains