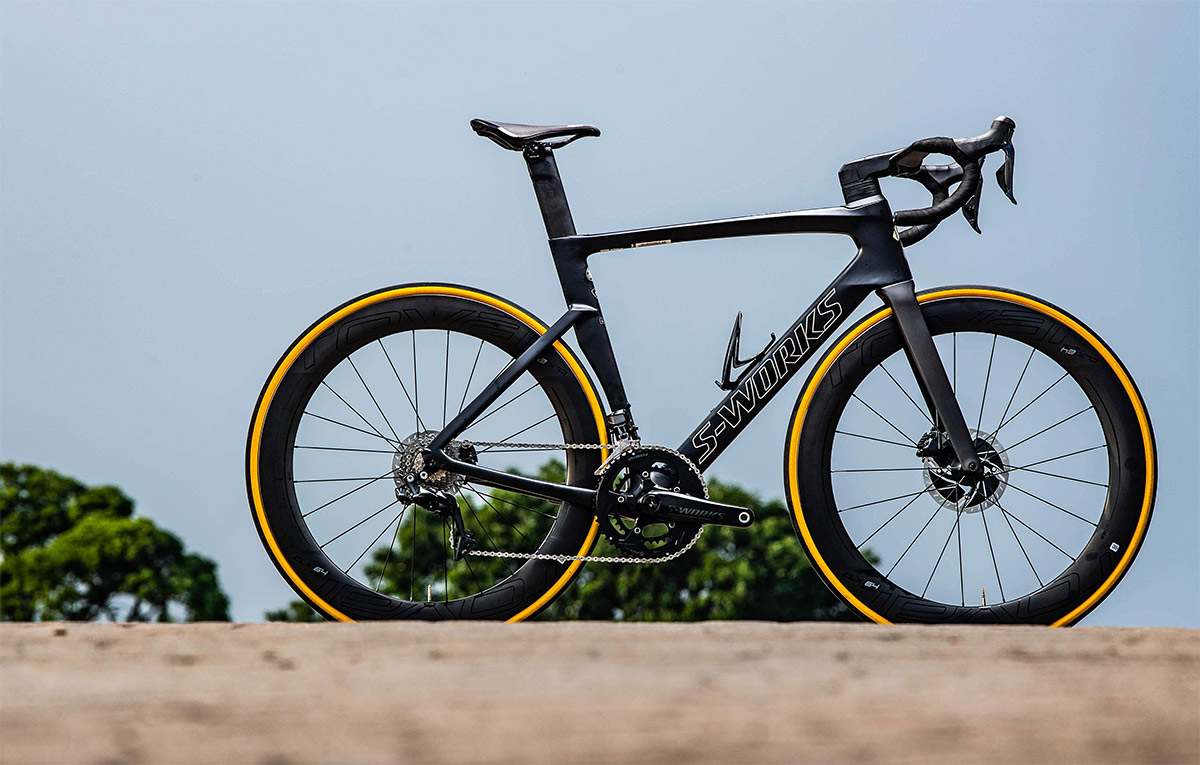 The perfect race bike should be a combination of good handling, comfortable stable riding, aerodynamics, lightweight, fits well, looks good, and functional. And Specialized has managed to almost reach that with their new Venge.

Their previous generation, the Venge Vias, was no doubt a very fast bike but did not perform so well in other qualities.

The lack of functionality was a big problem amongst bike mechanics, riders found that the rim brakes did not work as well as expected, stronger riders found the cockpit to be slightly flexy during high-powered sprints, and the overall looks were, well, polarizing.

It was no doubt a fast bike, but was it something that every rider would dream of riding? 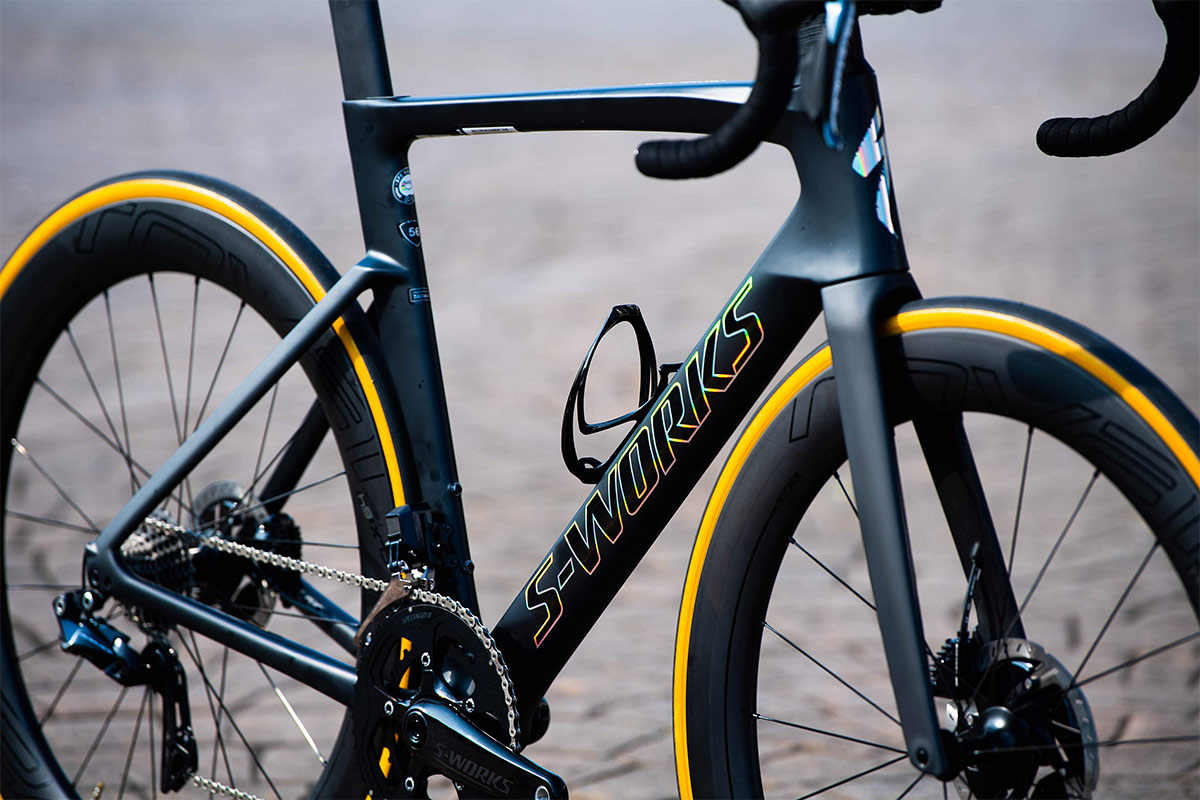 Specialized’s approach to the new Venge consisted of 3 main project priorities, aerodynamics, weight, and handling. They then took a look at the vast data that they acquired from the professional teams, riders, and mechanics, and set themselves specific goals for each of these priorities.

Driven by the advanced technology and tools like their newly created optimization software and the developments in 3D printing, the engineers at Specialized spent many hours re-thinking and developing the frame shapes and asked themselves which shapes made the most sense where. 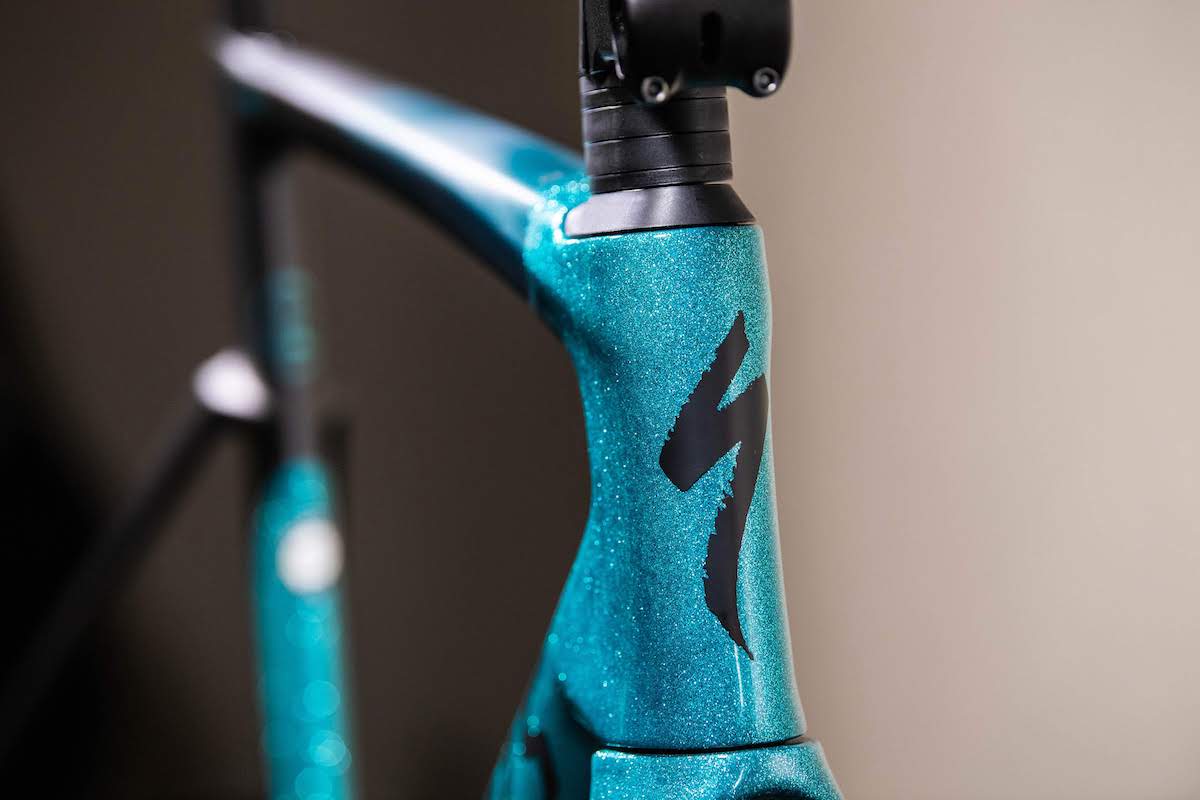 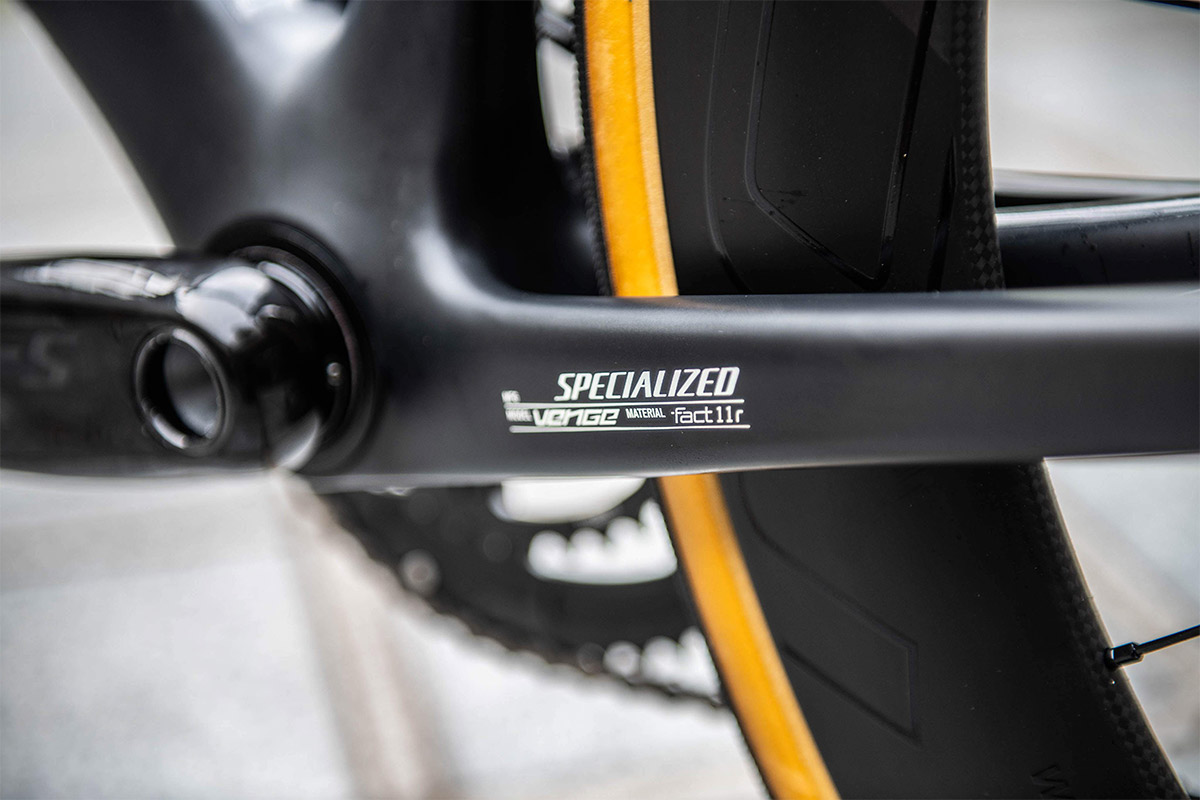 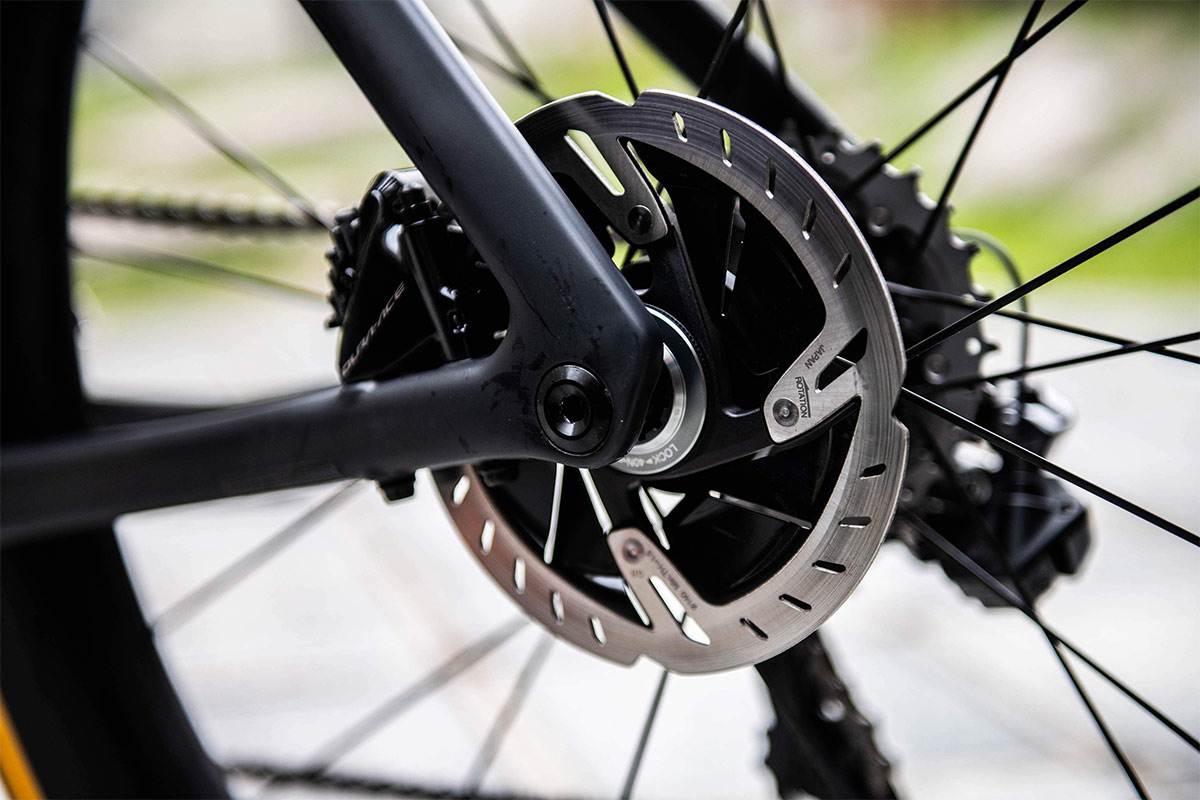 The optimization software enabled them to analyze these shapes based on aerodynamics, surface area, and stiffness at a very fast rate; at thousands of shapes in the time it takes a human to process a handful.

Specialized also has it’s very own wind tunnel, or Win Tunnel as they call it, which enables them to perform testing virtually 24/7 without any waste in time or efforts managing the logistics, resources, and travel time to another location with a wind tunnel if they did not have one. 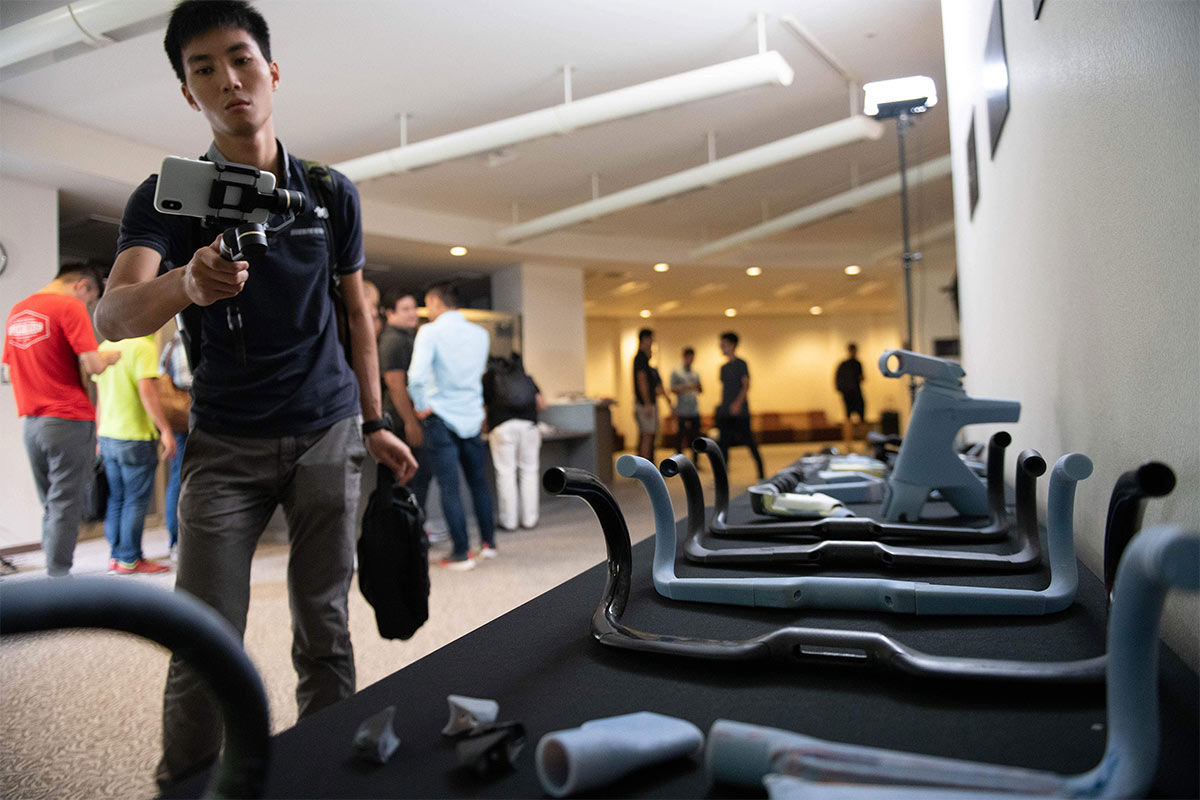 Engineers could then focus on creating what they call the FreeFoil Shape Library that contained millions of tube shape and constituted to the building blocks of the new Venge.

With prototypes created, multiple tests were done via Specialized’s athletes and professional teams, where feedback was gathered to refine the bike’s design to what you see today.

So how fast is the new Venge compared to its predecessors? The new model saves a whopping 8 seconds over 40km when at 0-degree yaw, and is also faster than its predecessor in crosswinds with its tube optimization.

The Venge is also clearly superior to the Tarmac SL6, which by itself has been claimed by Specialized to be a leader in aerodynamics among lightweight bikes.

These tests were done as close to real-life conditions as possible, with the bikes fitted with the Roval CLX 64, Specialized Turbo Cotton 26mm tires at 90psi, Shimano Dura-Ace Di2, S-Works Power Cranks, and 2 bottles and cages.

With weight savings, one of the main priorities of the project, Specialized’s engineers were able to identify parts of the bicycle that were not consequential to the bike’s aerodynamics and created tube shapes that prioritized lightness.

To sum it up, the weight for a 56cm S-Works Venge Disc with Dura-Ace Di2 in Satin Black/Holo Silver only weighs 7.1kg (±100g). Expect the build for an average Asian build to even hit under 7kg, impressive!

While the optimization software not only allowed engineers to pick the most aerodynamic, lightweight, and stiff shape tubes specifically for each part of the frame and fork, they also took a holistic approach and introduced a new design for its cockpit, the Aerofly II.

Receiving feedback from powerful sprinters that Specialized worked with, they redesigned the stem and have made it even stiffer than the Zipp SL stem, a stem that has been the benchmark for stiffness and prevalence in the pro peloton.

The bars have also been redesigned to improve it’s stiffness while making a 20% decrease in weight compared to the previous generation of Aerofly (bars + stem). 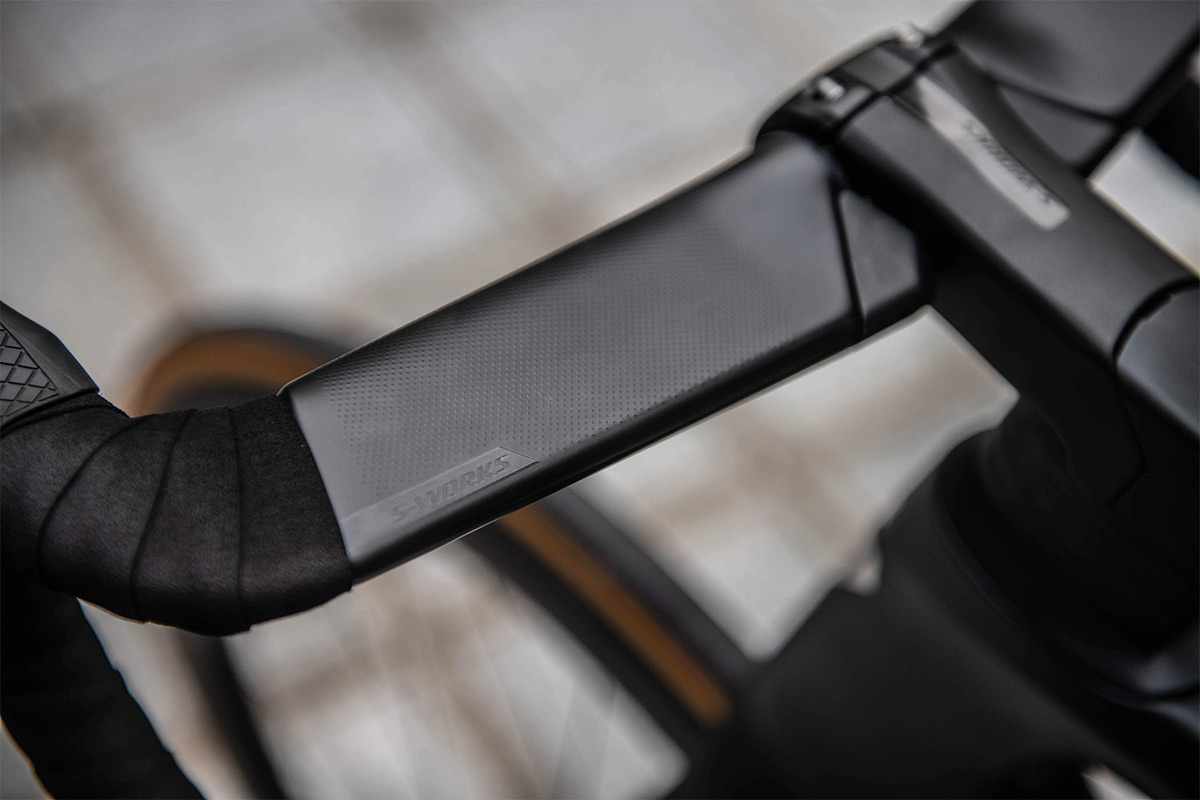 While not one of the 3 main project priorities, Specialized improved the bike’s functionality and ease of maintenance drastically. Brake and shifting cables/wires are now routed under the stem and the stem’s steerer tube clamp has undergone a redesign, making it easier to make quick changes in handlebar height or stem length. 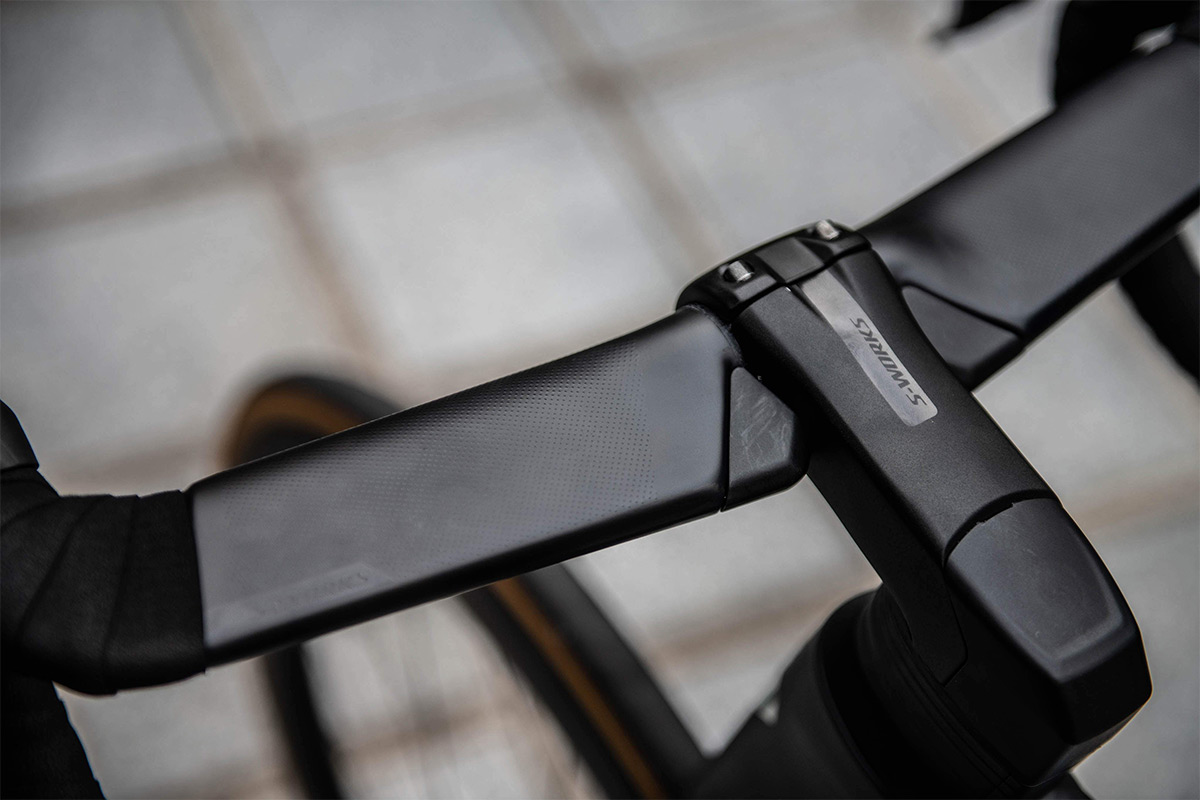 The handlebars feature a textured pattern for extra grip and comfort with a built-in bar tape stop that makes the transition from bar tape to bare handlebar very seamless and offers a sleek pro look.

Both the stem and handlebar are compatible with aftermarket ones, should anyone prefer that combination, with stack height easily achievable with regular 1-1/8” headset spacers. An integrated computer and action camera mount is also available.

A pet peeve of mine has always been the Di2 junction box, with many bike manufacturers placing it in the most obscure or awkward of places, making access to it a pain in the ass. Thankfully for the new Venge, they have cleverly placed it at the back of the seatpost, making it very easy to access for the everyday rider and for a mechanic to make on-the-fly adjustments during a race. 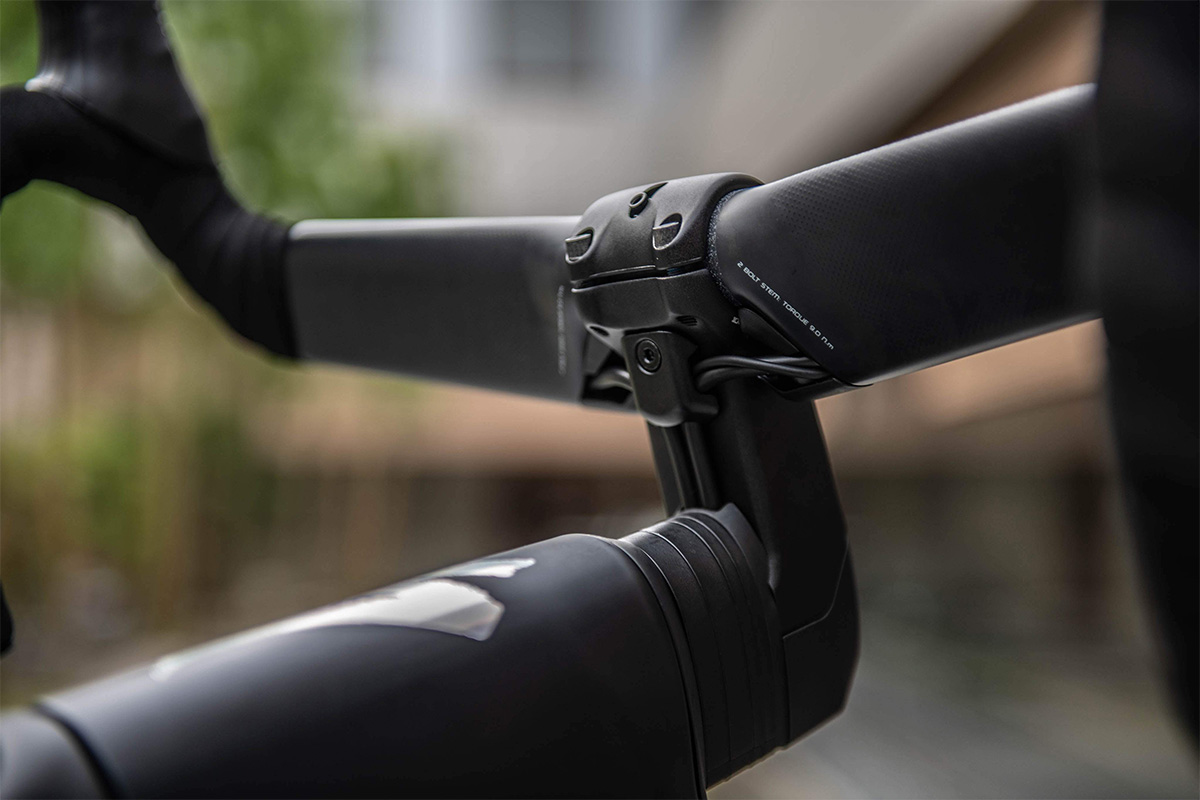 On the handling front, the Venge continues to use Specialized’s Rider-First Engineered design, a design that uses a mix of the company’s extensive data from 40,000 Retul data points from both male and female riders, feedback from professional riders, and the meticulous approach to carbon construction.

Improvements to handling based on this design were made by redesigning the layers during the carbon layups to optimize not only handling but comfort as well. 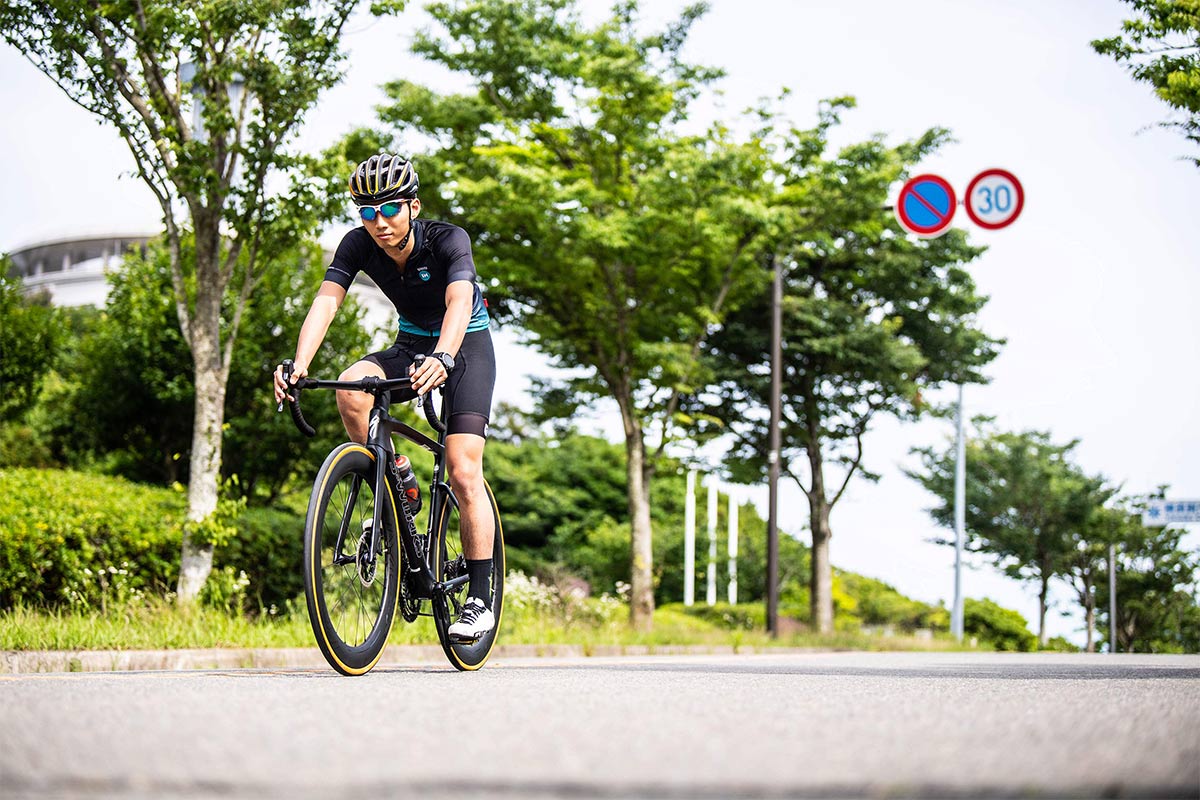 So how does it ride? I had the privilege to be one of the first few in Asia to put the new Venge through it’s paces in a small circuit in Hayama, Japan. The circuit had a good combination of flats, short power climbs, longer climbs, and steep descents, topped with gusty winds that blew in from the Sagami-nada sea.

Hopping onto the bike immediately brought me back to my racing days, where I had the opportunity to ride many top-level bikes from different manufacturers. A few pedal strokes later and I had my mouth wide open at how stiff the bike was.

The sensation the bike gave while rolling around the circuit was one of smoothness and it felt a lot easier to gain speed while bombing the short descents. The bike also felt very responsive whenever I made a quick attack up the climbs or sprint down the flats, with no lag felt whatsoever. 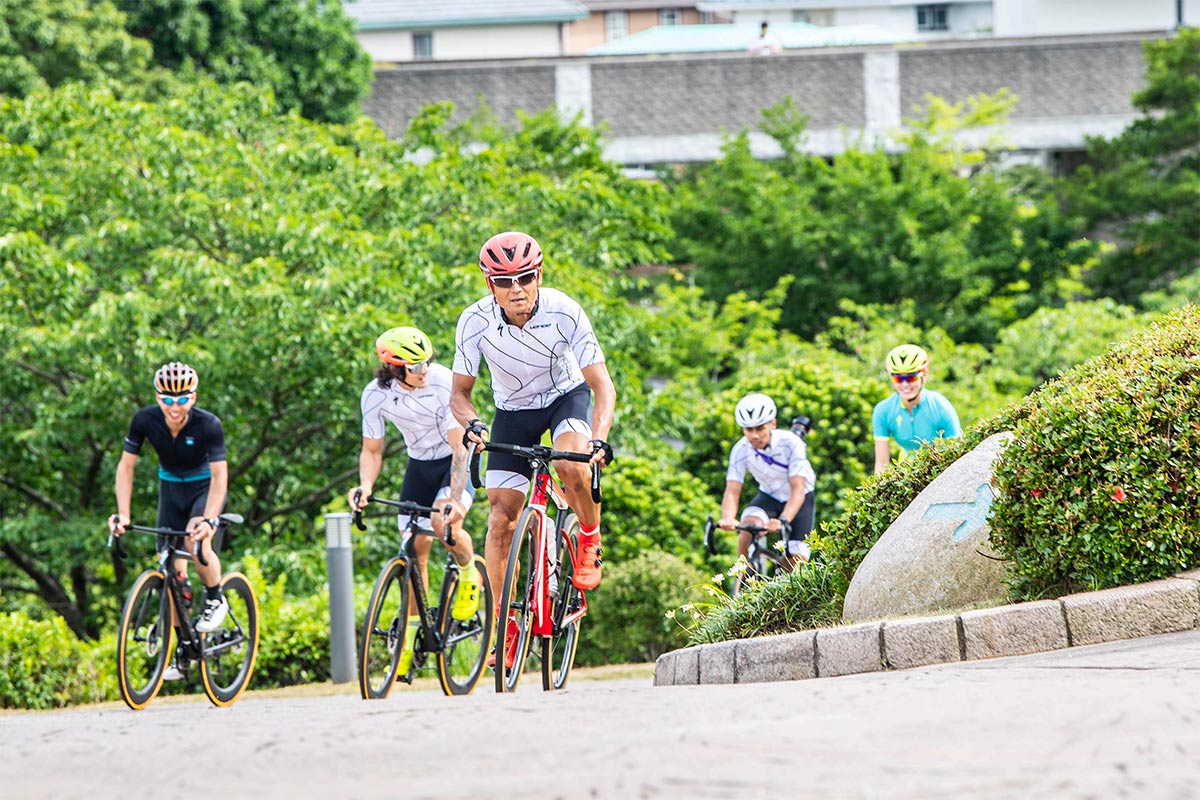 The bike also did not feel like a drag up the climbs like how many aero bikes of the past used to, and happily complied to my inputs whether I was tapping out a steady rhythm in a seated position or making a sudden acceleration up the climb in a standing position.

Crosswinds were also not an issue, and even though the 64mm deep rims did catch wind like how most typically would, the bike never felt out of control and instead felt stable even with the heavy gusts of wind.

The harshness of the road, partly soaked up by the 26mm tires, was never felt throughout the ride and the bike felt very comfortable to ride. The handling felt razor-sharp as I negotiated the sweeping corners with the bike responding instantly to my steering inputs. 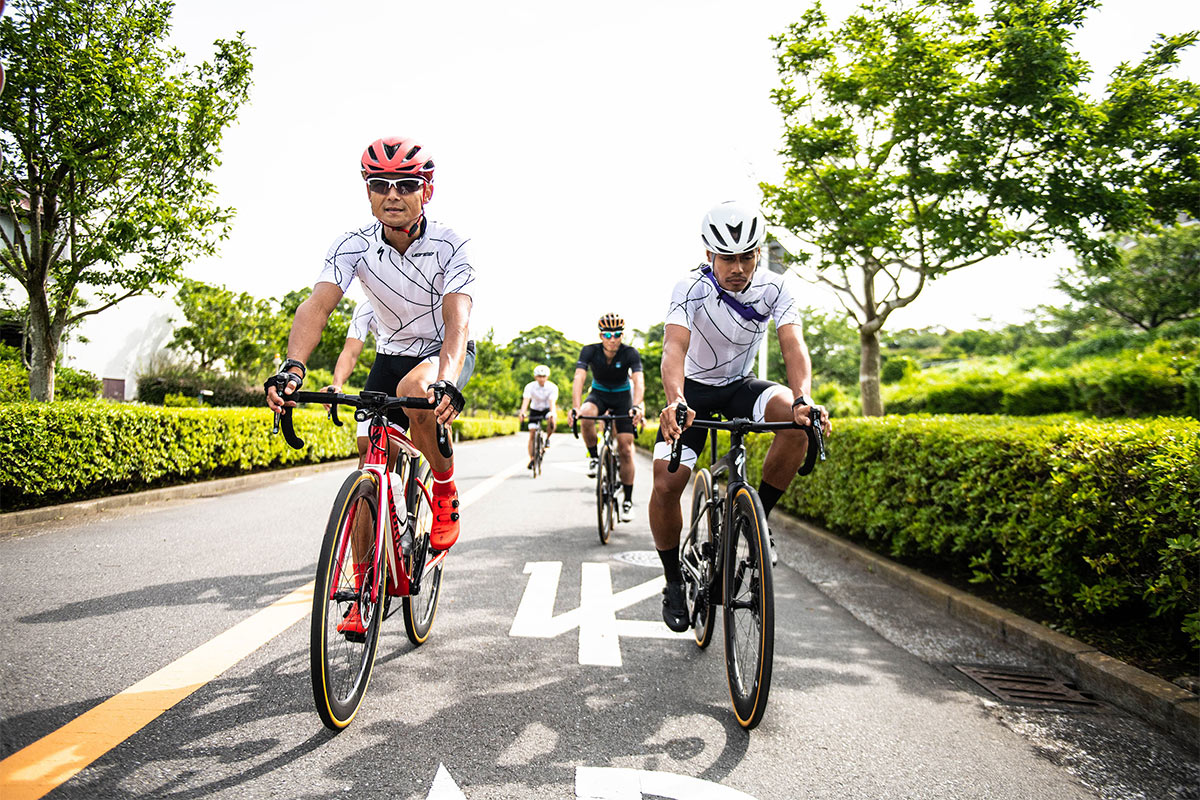 Overall, the new Venge certainly lives up to what Specialized claims, an aero bike that was designed to be faster everywhere, over every terrain and condition. And yes, it is pretty damn close to a perfect race bike.