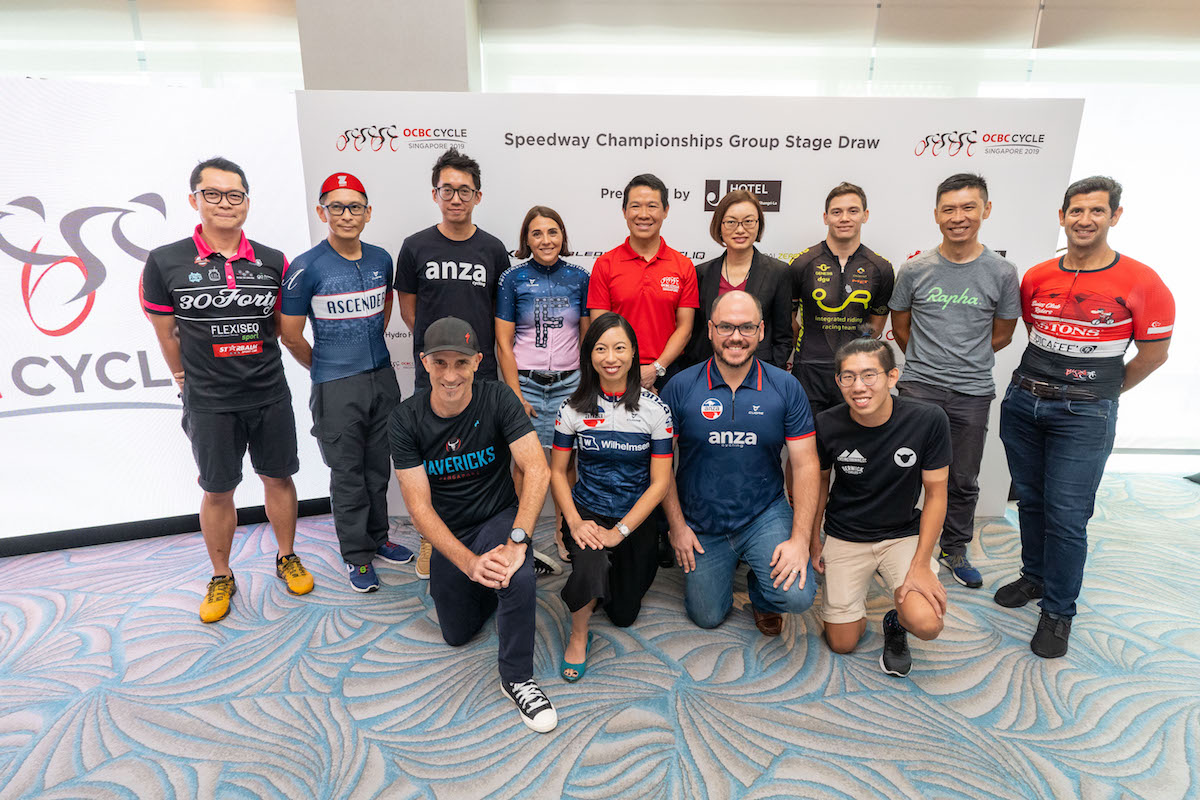 10 May 2019 – The draw to divide nine Southeast Asian teams, 15 local cycling club teams and six corporate teams into respective groups for the fifth edition of the OCBC Cycle Speedway Championships taking place on 11 May 2019 was held today at Hotel Jen Orchardgateway Singapore.

The nine Southeast Asian cycling teams that will battle it out at the OCBC Cycle Speedway SEA Championship are Brunei, Cambodia, Laos, Malaysia, Myanmar, the Philippines, Singapore, Thailand and debutants Vietnam.

Singapore Cycling Federation President, Dr Hing Siong Chen, said: “I am heartened to witness the increase in numbers of Southeast Asia (SEA) teams. This is the highest showing of teams since the inaugural OCBC Cycle Speedway SEA Championship, which is tantamount to the growing recognition for Singapore’s cycling scene across the borders.”

With the highest showing of Southeast Asian teams in the cycling competition since the inaugural race in 2015, we are looking forward to seeing if Myanmar can defend their title once again. Myanmar has consistently fielded the youngest cyclists across all the SEA teams, with an average age of about 20 years old.

Overseas teams admitted that they have to battle the challenge of fatigue as they travel to Singapore to take part in this race. Even when the draw was happening, one of the teams was still at the airport.

The SEA teams have been drawn into the following groups:

How the Speedway Championship works:

Teams will be split into separate groups. The top two teams in each group of the qualifying round, and the best chaser (fastest team from the remaining teams across the groups) will advance to the semi-finals.
One team will be eliminated from the semi-finals, leaving four teams to compete in the finals.

This year, we are also seeing more women taking on cycling at a competitive level, especially with the addition of two all-female local clubs: Fahrenheit Performance Development Team and ANZA Cycling Women’s Team. ANZA Cycling Women’s Team Captain Stephanie Lim said: “Cycling has been growing as a sport, and we want to join in to show that women, in fact, do race and try to encourage more women to do so in future.”

The only downside is that they are competing in the men’s category. We hope to see a separate women’s category next year.

The club teams have been drawn into three groups:

Six corporate team rivals will battle for top honours at the OCBC Cycle Speedway Corporate Championship. The race, which was first introduced at OCBC Cycle in 2017, took a break last year and is now back by demand.

Lendlease Retail’s team captain, Richard Paine, who is also the managing director of Paya Lebar Quarter, said: “We have decided to take part in this race because we want to enjoy the team camaraderie and we are also a little competitive.” He added, “Although we are new to the race, we are looking forward to work well as a team and will be careful on the baton changes. The team hopes to achieve a podium finish.”

The Corporate teams have been drawn into two groups:

The OCBC Cycle Speedway Championships will commence this Saturday, 11 May at 6.30am.
More details can be found on www.ocbccycle.com.