My Experience At The OCBC Cycle National Team Time Trial 2019 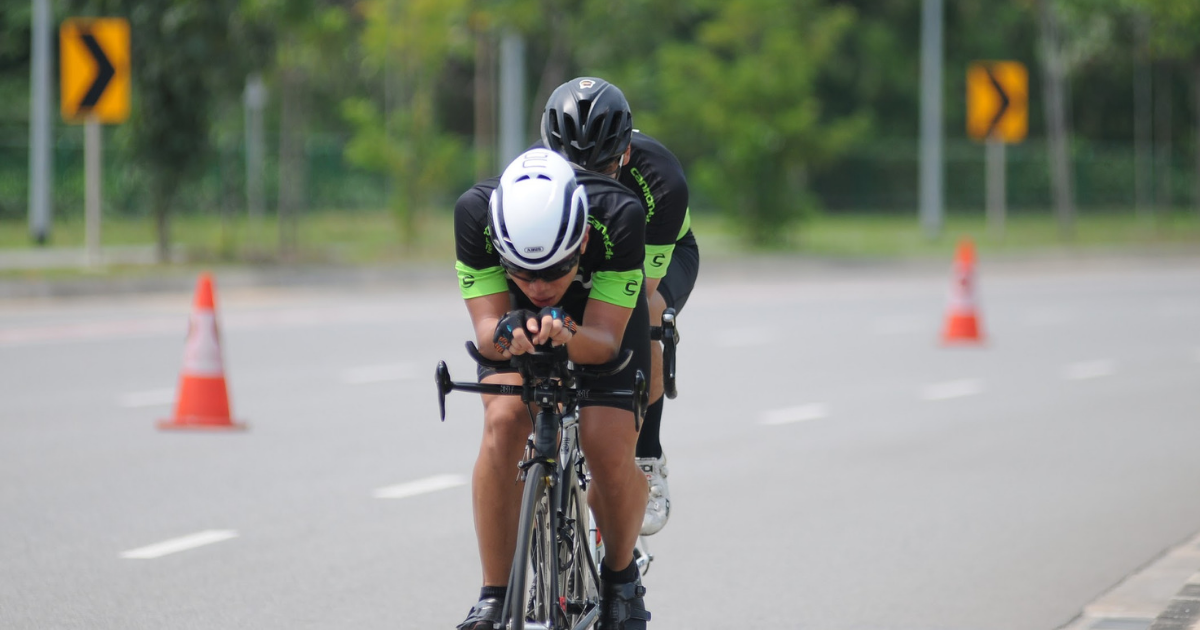 My Experience At The OCBC Cycle National Team Time Trial 2019

The OCBC National Team Time Trial 2019 commenced on 5 May 2019 at Tanah Merah Coastal Road. Many cyclists would be familiar with this road as it’s one of the only roads in Singapore with lanes exclusively meant for bicycles.

Closed for the day, teams would set off in one minute intervals to try to clock the shortest time possible. To the rest of the world, it seems like time trials look very dull and mundane.

The typical road races are unpredictable and different strategies could be played out across the entire duration of the competition. Crashes may happen, unexpected breakaways may occur, and sometimes it is all down to luck. There are many things of which we are not in control, and that’s what makes the standard road race beautiful in its own way.

In a traditional individual time trial, there is only you and your bicycle. There are no externalities involved. You are in control. Whatever the road and weather conditions, your competition would also similarly experience. The time trial is also known as the ‘Race of truth’. Every bit of effort during preparation would make the outcome of the race a bit better. It becomes a game of marginal gains.

For an event such as the Team Time Trial, other than your equipment and your form and fitness, your teamwork would be put to the test. Every rider has different abilities and habits. You have to understand your teammates and vice versa. You have to be honest with each other and recognise the different fitness levels across your team. Furthermore, you have to push as hard as we can while keeping in mind your teammate who just finished his turn.

The weather was hot as the sun hung above our heads. Almost every team had a tent set up along the side of the roads. It was a beautiful sight to see, knowing that our sport of cycling is slowly growing.

Right next to the registration tent was the bicycle jig from the Singapore Cycling Federation (SCF). Participants who are not going for the Sports Category will have to comply with the rules set by the Union Cycliste Internationale (UCI).

For myself, I had to push my aerobars about 2.5cm backwards to conform to the rules. I really recommend future participants to check their bikes before race day. Our juniors made the mistake of having to adjust their bicycles at the last minute, thereby causing them to be late for their start time and getting a 12-minute penalty. Looking at the scoreboard, they would have finished third if it wasn’t for the hiccup.

The juniors made a point that although they registered under the sports category, they were still enrolled in Junior A, which means they had to conform to the UCI regulations. I guess no matter what category we signed up, we should always try to follow as much as possible to the UCI Bike Regulations.

As we pedalled on the trainer and slowly ramped up to our target power, I could feel the change in the atmosphere. We were 20 minutes away from our flag-off time. Sweat trickled down my eyebrows and dripped off onto the aerobars from my chin. The heat was almost unbearable. With Junesee by my side and doing the same warm-up, I felt the assurance that I would not be suffering alone. It feels as if we were both doing this for one another to reach a common goal.

Ramping up to speed, we settled comfortably into our positions and breathed into speed. We were in our comfort zone. Taking a glance at our numbers on our head-units, we settled into a pace. We have to clear whatever’s on our mind. Every thought of failure has to be redirected. In a perfect scenario, our minds would be blank when we flag off.

In the time trial position, though boring as it seems, is one of the most physically taxing yet calming position a cyclist can experience. Our arms are bent right beneath our shoulders, hips rotated forward. Our head tilts up ever so slightly to allow us to have a glance of what’s ahead. Our legs act like pistons, generating power to propel forward.

The headwinds were powerful as we pedalled away from the start line. During the race, I suddenly felt like I could go a lot harder. The sensation of suffering did not feel familiar with the indoor training blocks. It was as if my mind was separated from my body. I could feel the pain yet I was able to put it aside as just a minor hindrance for a higher goal. It was calm, and I was in my own world.

Pacing for the team time trial is on a whole new level compared to the individual time trial. In an ideal scenario, we should arrive at the finish line completely empty. The first lap would distinguish the winners from the rest. It is not uncommon to find teams which over paced during the first half when we still felt full of energy and excitement, and ending up having to finish the rest of the race in a torn down state.

At the same time, we did not want to end the race feeling like we could have gone a lot harder, that we still have something left in the tank. We have to understand our teammates and communicate as we roll.

Weeks before the event, my teammate and I spent time practising taking pulls and trying to make our transitions as smooth as possible. We tried many different ways to communicate, which included shouting and showing hand signals. We figured we would work best with a solid “up” exclamation, and that it didn’t matter if we were pulling or drafting.

We could both say “up” and initiate the transition. If the first rider feels like taking a break, he could just say “up” and drop to the back. If the drafting rider feels fresh, he could shout “up” and take a pull. We did away with the 1-min interval pulls as we didn’t want to feel too fixated on riding to a number and we also want to have an element of flexibility. This was extremely important during the event day.

We had to think of any possible scenario and be prepared for it. During the build-up to the event, I kept having questions in mind: What if I drop? What if he drops? What if we feel like we’re over pacing?

We have to expect the unexpected. Whatever we practised before the race didn’t really happen and I ended up taking the front more than my partner. Comparing Junesee’s ride data against mine, it’s quite shocking how significant equipment and posture is in a time trial.

Thanks to all the volunteers who came down early on a Sunday morning to host such a successful event.

What could have been better?

The first thing I would work on is to get a one-piece skin suit that is specifically designed for us to be slippery in the wind. Coach Mike made an exclamation about the jersey that I was wearing which looked like a parachute. Sponsored by Cannasia, I felt the obligation to wear it during the race. I could have gone for something a lot more tight fitting and aerodynamic.

The next thing I would work on is on my bike posture and especially power production in that contorted position. If you have ever tried doing a Functional Threshold Power (FTP) Test on a standard road bike and a time trial bike, you would know that the differences can be vast especially if you spend a majority of your time on only one of the bikes.